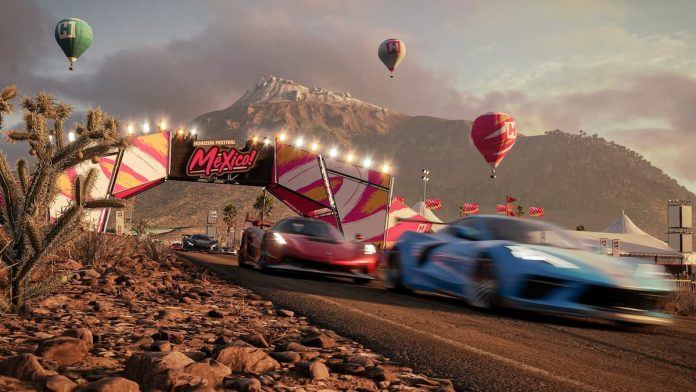 While picking the fastest car isn’t always the best option in Forza Horizon 5 – some races are better enjoyed in slower, more easy to use cars, and your opponents are always of a similar performance level – it pays to have a car that’s capable of insane speeds when exploring the open world. With a fast car you’ll be able to obliterate Speed Camera targets, pull off the longest jumps, and trounce any Trailblazer challenges thrown your way. It’s also just fun to drive really fast.

But what are the fastest cars in Forza Horizon 5? Hopefully we can help you with that. We’ve put together a list of ten of them. Even better, they’re all purchasable from the car autoshow – no DLC required. Most of them are very expensive though, so you may need to complete some events to drum up the cash first. If you’re lucky enough to have got the Welcome Pack which includes a free car voucher, however, then perhaps use it on one of these. 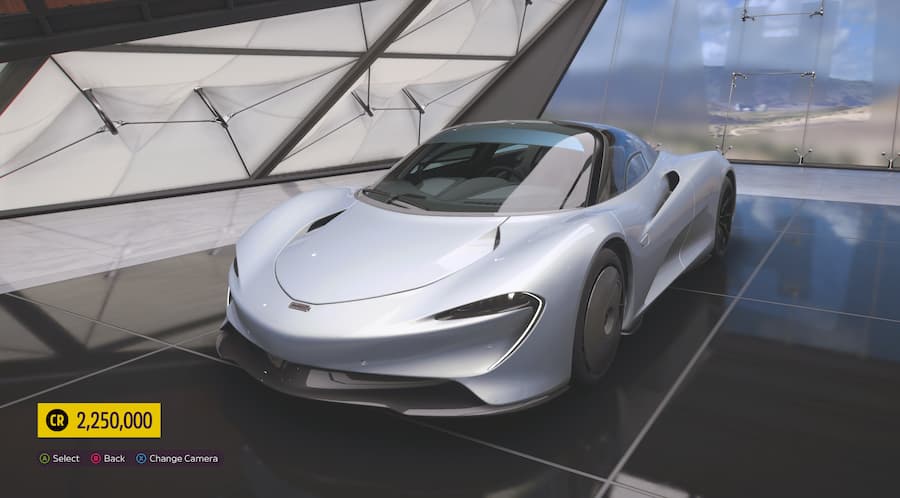 With a performance rating of S2 910, the McLaren Speedtail is the slowest car on this list, but it’s still very, very fast. Its speed rating of 9.6 means it will easily get you above 200mph, but other than that none of its stats particularly stand out. So, if its sleek lines enchant you, forking out the 2,250,000 credits required to buy it won’t be totally wasted. But there are better, faster cars to buy at a similar price or even cheaper. 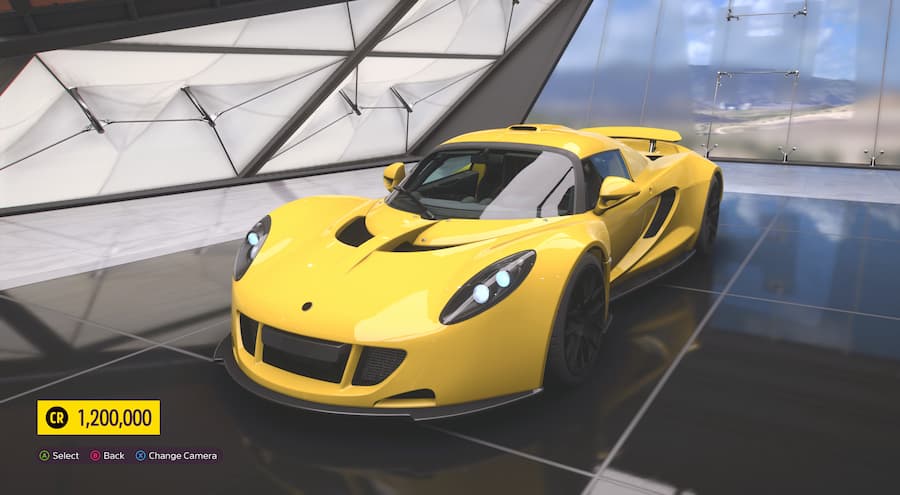 We really like the look of the Hennessy Venom GT. In yellow, it looks angry like a Hornet. Its performance rating of S2 911 means its far from being the fastest car on this list of the fastest cars in Forza Horizon 5, but with a speed rating of 9.8 it definitely moves. Even better, it’s yours for just 1,200,000 credits. So, it’s fast and reasonably affordable. 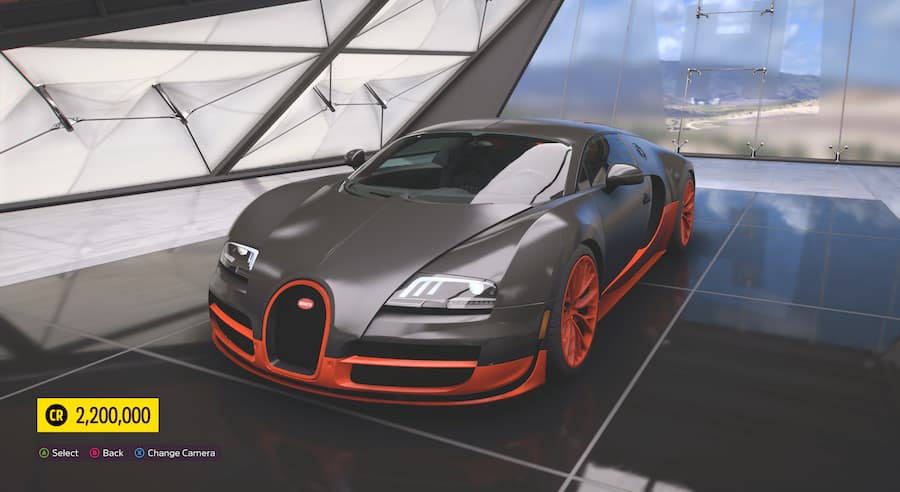 The Bugatti Super Sport doesn’t look very nice in our opinion. With a speed rating of 9.9 and an acceleration rating of 10, however, it doesn’t half shift when you’re going in a straight line. Cornering is this car’s problem, and its weight. Still, it is one of the fastest cars in Forza Horizon 5, and it’s all wheel drive which means it’s better than most when going off-road. 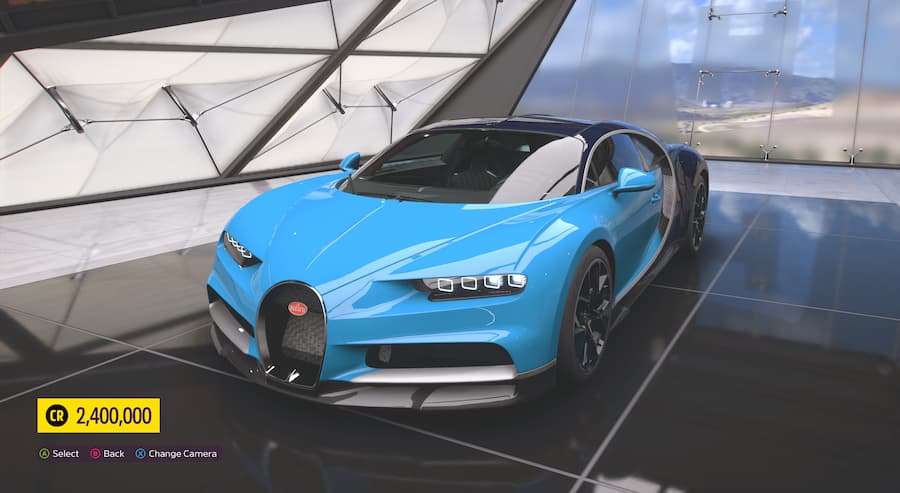 Another Bugatti, but this time it’s the Chiron, which looks a bit nicer. This one has a speed rating of 10 and an acceleration rating of 9.9. It’s a bit better in other departments, too, making it worth the extra 200,000 credits over the Super Sport. It’s still heavy and not the best around corners though. In other words, buy it if you really like it, but your money might be better spent on cars further down this list. 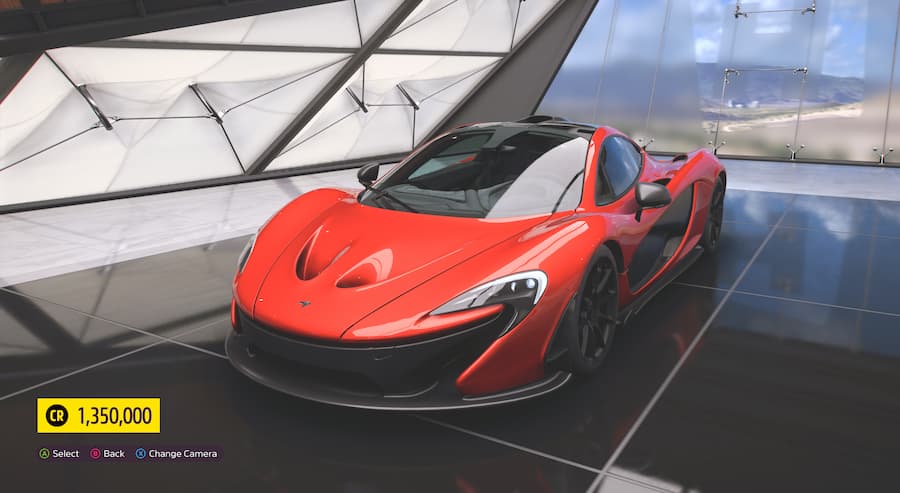 The McLaren P1 is older than the Speedtail further up this list, but it looks nicer in our opinion. It’s also quite a bit faster. Well, at least overall. While it may only have a speed rating of 9.1 versus the Speedtail’s 9.6, it also has a handling rating of 8.4, and a braking rating of 9.5. That means you can brake later, and carry more speed through corners. So, while you may not pull ahead of the competition on straights, on corners you’ll fly past them. 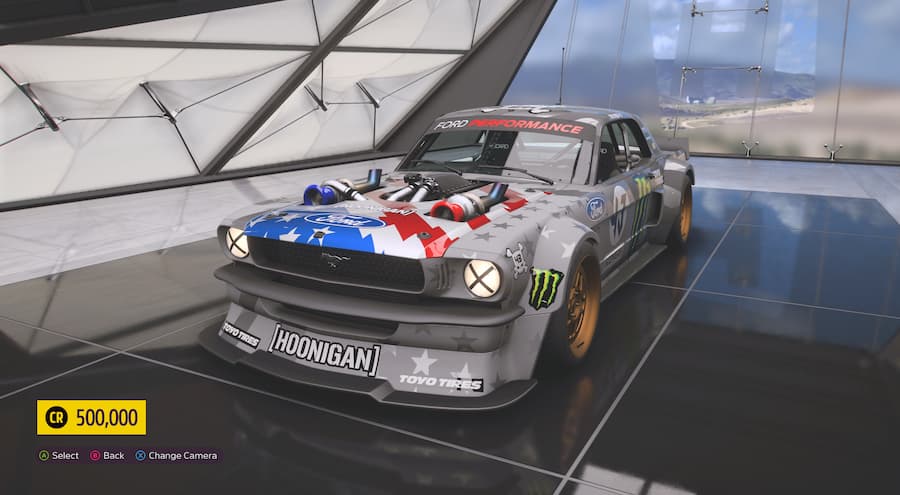 One of the fastest cars you can get in Forza Horizon 5, the Hoonigan Ford “Hoonicorn” Mustang is also an absolute bargain. For just 500,000 credits you get a car with a speed rating of 9.2 and an acceleration rating of 10, catapulting it to high speeds in the blink of an eye. It also has all-wheel drive, making it great for going off-road. This is a great all-rounder, and a car that you should add to your garage as soon as possible. 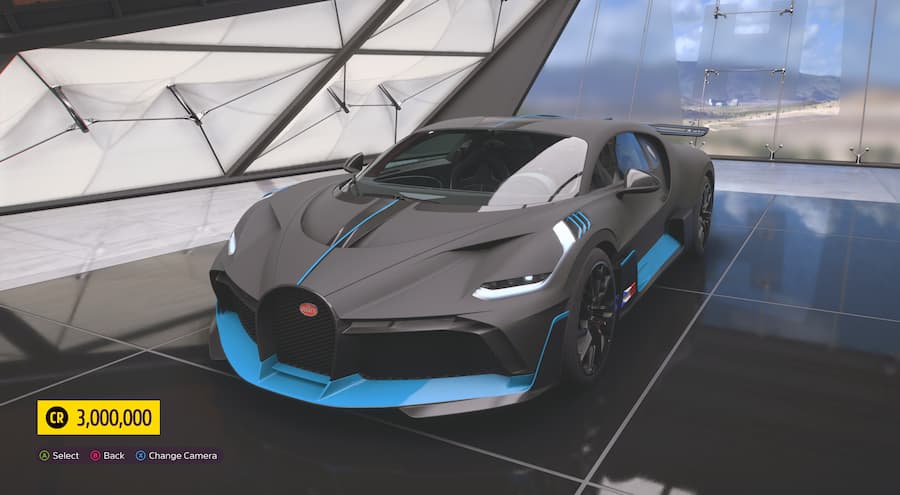 We’ve been rather down on the other Bugattis on this list, but the DIVO is sensational. For a start, just look at it: it’s gorgeous. And then there are the stats: 9.6 for speed, 9.9 for handling, 10 for acceleration, 9.5 for braking. While the other Bugatti’s are only really useful for going in a straight line, this one can take corners, too. So, if you have 3,000,000 credits to spare and you’re in the market for the fastest cars in Forza Horizon 5, this is a very good buy. 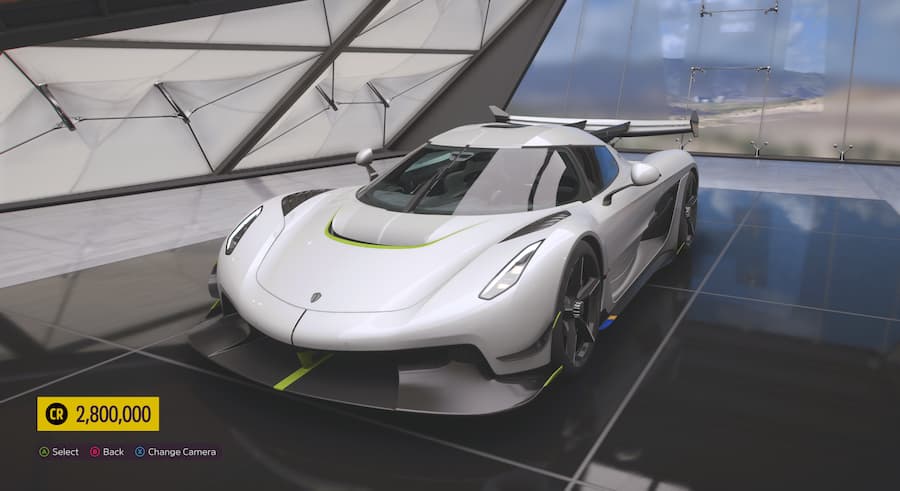 From here on out it’s the Koenigsegg show, we’re afraid. The first one up is the Jesko, which has an overall performance rating of S2 971 – more than 20 points higher than the Bugatti DIVO above. Its maximum speed and handling rating means that it absolutely flies on straights and around corners. Only its lower acceleration and launch stats put it behind other cars by the manufacturer. So, while it’s perhaps the best-looking Koenigsegg, its high price means you might be better off buying another model. 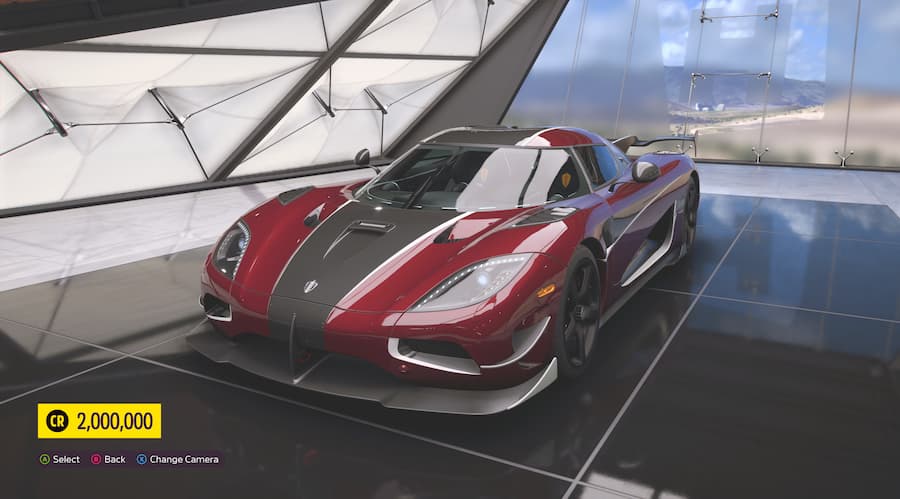 The Koenigsegg Agera RS is a beast, and at 2,000,000 credits it’s not unaffordable. A maximum speed stat, plus 9.7 for both handling and braking means it’s great both tearing up straights and going around corners. If you want a truly fast car and are price conscious, this is perhaps the one to buy. It’s just a shame that, like other Koenigseggs, its acceleration and launch stats aren’t a little higher. 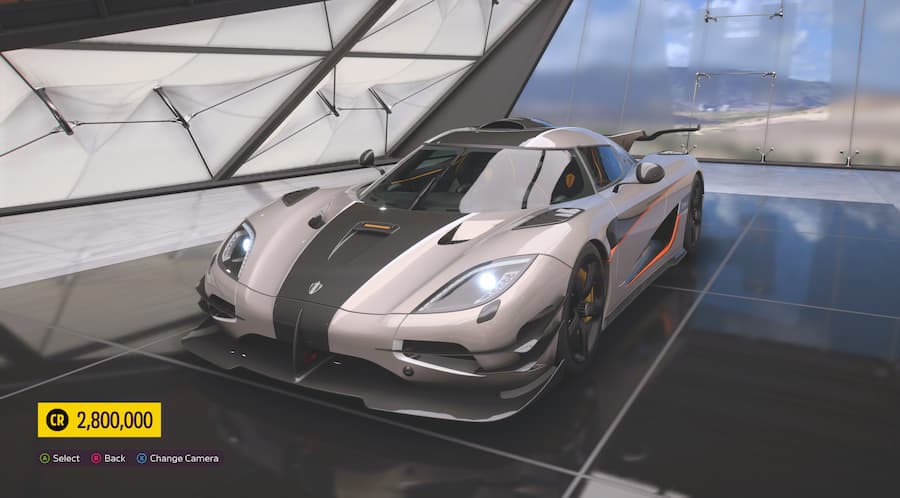 With a performance rating of S2 983, the Koenigsegg One:1 is the fastest car you can buy in Forza Horizon 5. You’re only going to get faster if you start with a good base and then upgrade like a maniac. It has a speed rating of 10, a braking rating of 10, and a handling rating of 9.5, making it fast yet agile. Ultimately though, there’s not much between this and the Koenigsegg Agera RS, so you might want to save 800,000 credits and go with that instead. They even pretty much look the same.

Need more help with Forza Horizon 5? Click here for the rest of our guides