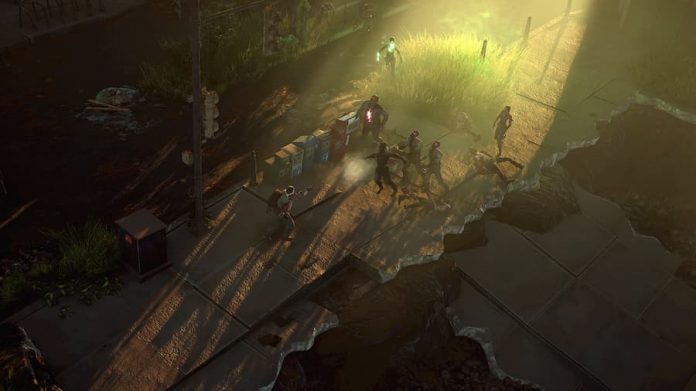 In a world where humanity is destroyed and the infected roam the streets, you never know when you might need an old rag you’ve fished from a trash can.

If you’re anything like me, looting just about everything you can get your hands on in a video game is the way to play. Broken electronic equipment? Shove it in your bag. Dirty water? It might have a use. And so, while making my way through The Last Stand: Aftermath, a new rogue-like action survival game from Con Artist Games and Armor Games Studios, I picked up just about everything I could get my hands on. Because you just never know.

In The Last Stand: Aftermath, the world has ceased to exist as we know it. A deadly virus has spread across the Earth (sound familiar?), but unlike Covid, this one has turned people into what are essentially zombies. Only five percent of the population is immune, and those are the only people that remain. Or did remain. I imagine lots of them have since died, because trying to survive in such a hostile world is no easy task.

Since this is a roguelike, you’ll do plenty of dying yourself. You’ll die within minutes of starting The Last Stand: Aftermath – I’m pretty sure the first death is scripted, as a “ha ha, told you so” moment. But following that, you likely won’t last too much longer to begin with. Your goal with each survivor you take control of is to travel as far as you can, gathering useful supplies as you go. Every tiny bit of progress you make will help future survivors, as you’ll unlock permanent upgrades and perks. But it’s never going to be easy.

One commodity you’ll spend a lot of time searching for is petrol. You’ll need to refill your tank at every stop – and if there’s one thing we’ve learned from The Walking Dead lore, it’s that petrol doesn’t last forever. So what little you do find won’t get you very far; it’s just not as good as it used to be. How much petrol you have in your tank, then, will dictate how far you can go. Even if there’s a branching path in the road, you may be forced to choose the option that requires less petrol – even if it’s more dangerous. That’s just how life in the apocalypse goes. 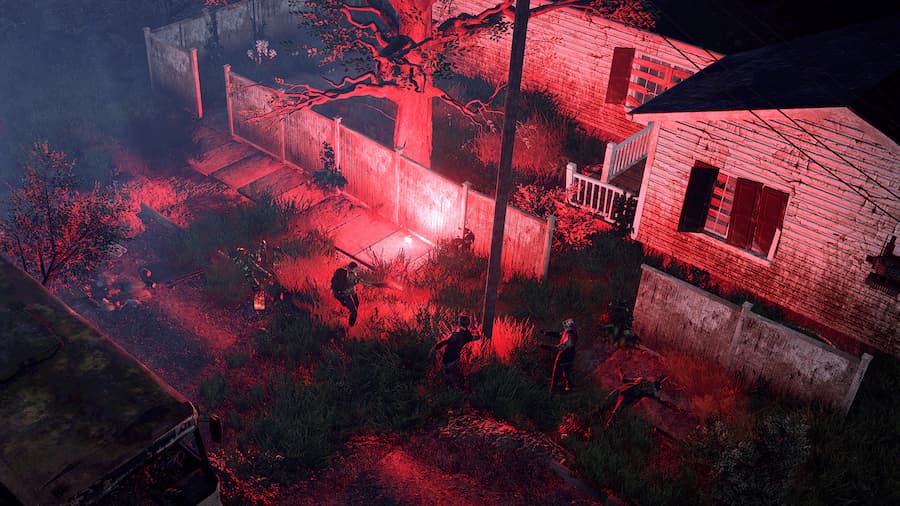 Every location you find yourself at in The Last Stand: Aftermath is slightly different in appearance, but most share key characteristics. They’re likely crawling with the infected, for one, so you’ll need to make sure you’re ready to fight. That means readying up your gun, making sure you’ve got enough ammo, and having a melee weapon at hand. Melee weapons break very easily, so it’s wise to have one or two as back-up. Chances are, you’ll need to resort to hand-to-hand combat once your ammo runs out, or you simply can’t reload before the running zombie gets all up in your face.

Once you’ve cleared out the infected, though, you should have a bit of time to investigate your surroundings. By opening up car boots, climbing through windows of boarded-up houses and rummaging through storage containers or waste receptacles, you’ll likely find useful items. Like I said, you’ll probably want to pick up just about everything you come across – because most things have a use. 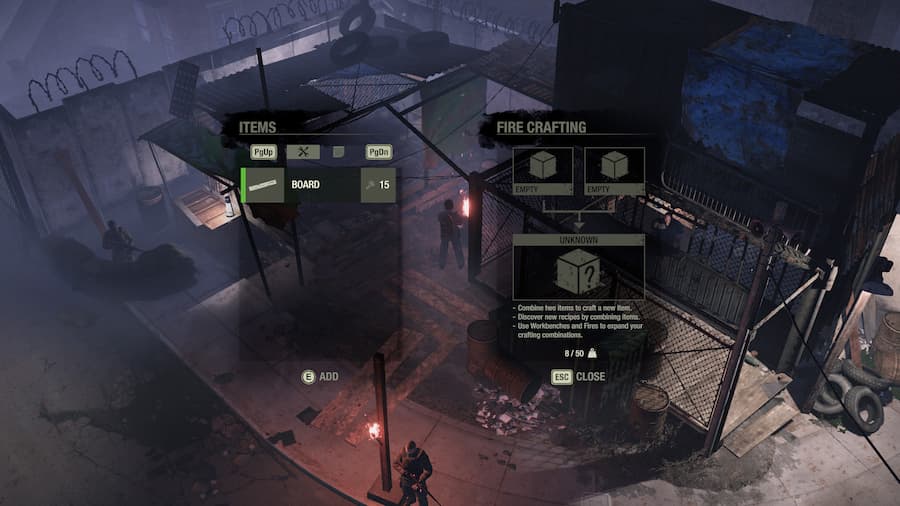 The Last Stand: Aftermath has a robust crafting system that you can use whenever you find a workbench. To begin with, nothing has a crafting recipe. To discover new items you can make, you’ll need to experiment by combining two items from your inventory. Thankfully, the game only lets you put together items that will result in a new product, so you won’t end up wasting resources. Water and rags, for example, combine to make bandages. And metal scrap can be combined with a broken knife to make a usable melee weapon. You do have an inventory limit, but it’s fairly generous, so it’s worth picking up just about everything, at least in the early stages of the game.

There’s a neat risk versus reward mechanic at play in The Last Stand: Aftermath that’s worth mentioning. You see, you’re infected, so you’re destined to die before long. It’s why you’re so willing to run out on what is essentially a suicide mission in the first place. Dotted across the world are injections that can slow the rate of your infection. Letting the infection run its course will eventually eat away at your health bar; it’ll get shorter and shorter, making it harder for you to survive. But with each chunk of your health bar that disappears, you’ll gain an interesting perk. Maybe you’ll become 25% more resistant to melee attacks, or maybe you’ll deal out extra damage yourself. Maybe it’s worth having less HP if it means you’re more powerful, or more hardy. 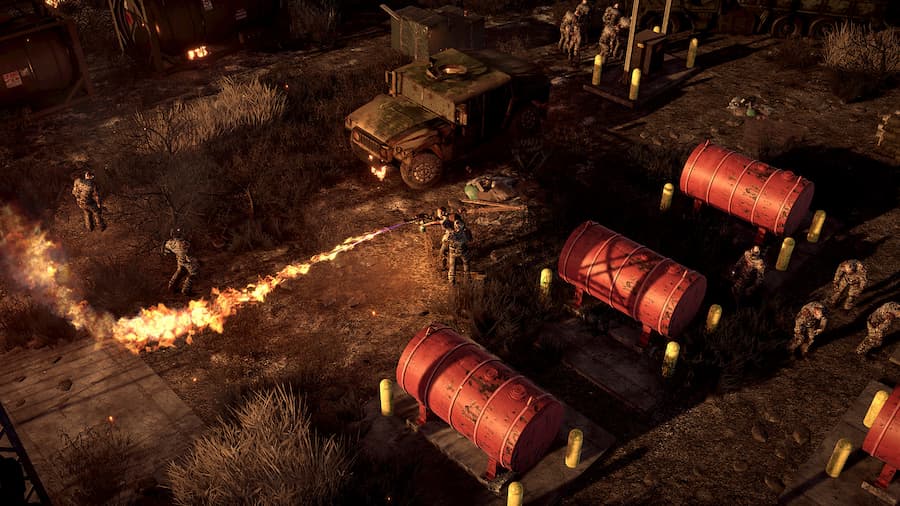 The roguelike nature of The Last Stand: Aftermath means that even if you do die – as frustrating as it can be – you’ll likely be keen to dust yourself off and jump straight back in again. There’s a strong lure to try and get a little bit further next time, or uncover something new, or get some better unlocks for future characters. Sure, it’s a shame that we never really get to know a character, or better understand their motivations. But I suppose in a world this hostile, who you are or where you came from doesn’t matter anyway. Survival is all that counts.

In terms of the survival genre, The Last Stand: Aftermath doesn’t do anything groundbreaking; its presentation is rough around the edges, and its gameplay sits comfortably in a territory filled by countless other zombie-filled survival games. But throw in the roguelike elements and the continual draw to find better gear or unlock better upgrades, and you’ve got a deeply satisfying gameplay loop that will keep you coming back time and time again.

This review of The Last Stand: Aftermath is based on the PS5 version of the game, via a code provided by the publisher. It’s available on PS4, PS5, Xbox One, Xbox Series X and PC. 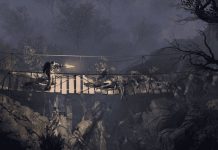 The Last Stand: Aftermath is Headed to PC in 2021