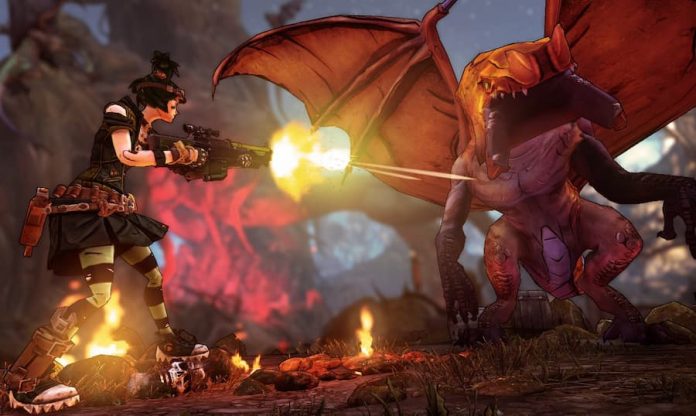 I suspect that most people looking forward to next year’s Tiny Tina’s Wonderlands are already Borderlands fans, but I suppose there’s a chance some might be unfamiliar with the series.

For those, Tiny Tina’s Assault on Dragon Keep: A Wonderlands One-Shot Adventure is a fun and inexpensive way to get an idea of what to expect. Originally released as an expansion for Borderlands 2, it’s been reworked into a standalone adventure. And rather than taking place in Pandora – the far-off planet where Borderlands 2 is set – Assault on Dragon Keep takes place in Tiny Tina’s mind.

You see, for the duration of this adventure, which will easily provide you with around 12 hours of entertainment should you choose to engage in all of its side quests, Tiny Tina is your Dungeon Master. And you, playing as one of Borderlands 2’s characters, are a part of her silly game. There’s a high fantasy setting to enjoy, complete with dragons, towers, knights and a princess in distress, as Tina weaves you an elaborate and enjoyable tale, but the gameplay is decidedly Borderlands. That means toting ridiculous guns, looting just about everything you find, and putting bullets in anything that moves. So, yes, if you enjoy crazy FPS action, then there are certainly worse ways to spend £7.99.

That’s perhaps the biggest selling point of Tiny Tina’s Assault on Dragon Keep: A Wonderlands One-Shot Adventure; its price tag. It’s a bargain for the amount of content available here. If you haven’t already played it when it first released back in 2013, you wouldn’t know it was originally DLC. There’s a fully fleshed-out story to follow (well, as fleshed-out as a Borderlands story ever gets), plenty of quests and side quests, a ridiculous amount of loot, and a full character progression tree to work your way through. The weapons, character trees and Badass ranks have been pulled straight from Borderlands 2, so if you’re familiar with it, you’ll hit the ground running in no time. 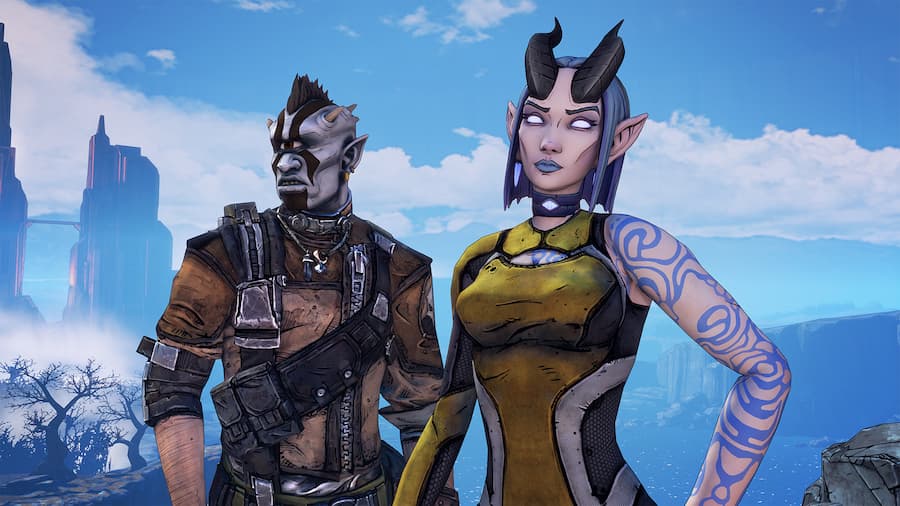 It turns out, despite playing it back at launch, I remembered very little about the contents of Assault on Dragon Keep. Eight years is a long time, after all. The only thing I could remember – a very key moment which turns out to be part of a side quest – is a mission which tasks you with slapping “Price Jeffrey”. Yes, a riff on Game of Thrones. It’s a game that pulls no punches when it comes to tongue-in-cheek references to popular media, and it’s just one reason why it’s so enjoyable.

Other than poking fun at Game of Thrones, Tiny Tina’s Assault on Dragon Keep: A Wonderlands One-Shot Adventure has you battling wizards, making your way through dungeons, killing enraged dwarves and more. Its map is surprisingly large, managing to pack in a range of different environments. From the olde world-feeling town where you’ll start your adventures to the castle high on a mountain where you’ll fight the final boss, there’s a lot of ground to cover. Of course, everywhere you turn is packed with enemies to kill and loot to be found, so it’s worth poking your nose around. 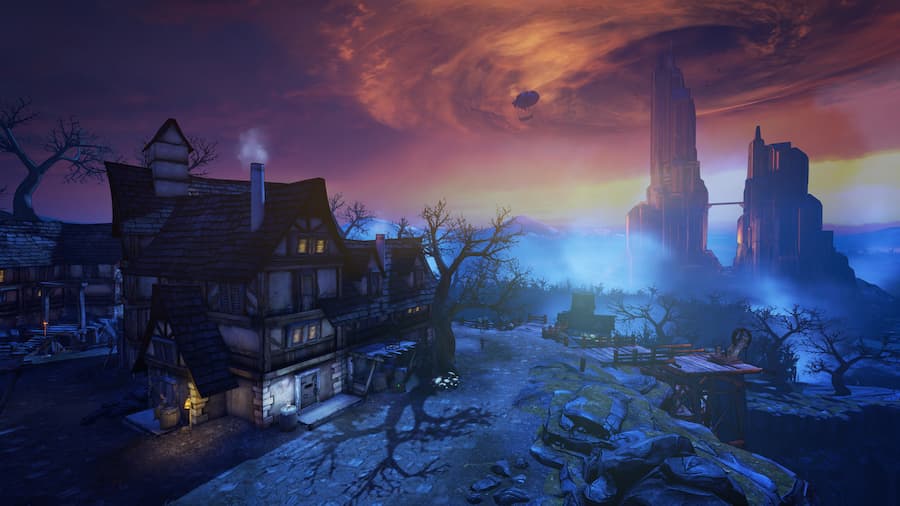 Don’t let the fact that this originally started out life as DLC some eight years ago put you off, either. Assault on Dragon Keep has undergone some serious cosmetic work – partly due to its inclusion in the Handsome Collection, which later received an ultra HD texture pack for PS4 Pro. As such, it looks sumptuous; its cel-shaded comic book-style visuals are a joy to behold, and it feels every bit as fresh as it ever had done. The only complaint is that you often have to wait a few seconds for all textures to load in correctly, which can be jarring at times. I had a few instances where certain textures failed to load entirely, leaving some areas looking a bit rough around the edges.

Whether you want to pay £7.99 for a standalone adventure you may have already played before is up to you. If you missed out on the DLC the first time around, though, and you’re a Borderlands fan, it’s well worth jumping into; Tiny Tina’s Assault on Dragon Keep was a highlight of Borderlands 2‘s season pass, and it’s just as joyous to play now. And if you’ve never tried a Borderlands game before, why not start here? The first-person shooter action is on point, and it’s packed with silly humour and more loot than you can ever imagine. For less than a tenner, you really can’t go wrong.

This review of Tiny Tina’s Assault on Dragon Keep: A Wonderlands One-Shot Adventure is based on the PS4 version (played on PS5), with a code provided by the game’s publisher. It’s available on PS4, Xbox One and PC.