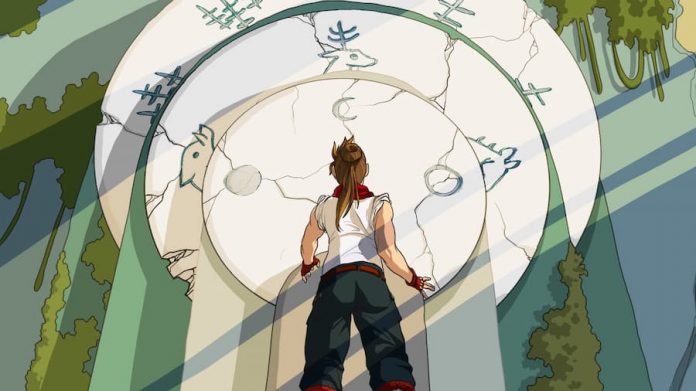 Games with a time loop mechanic seem to be all the rage right now. But at least Treasures of the Aegean still feels unique.

You are Marie Taylor, a parkour master who has a penchant for treasure and adventure. Your friend and colleague, James Andrew, has a hunch that the land of an ancient Minoan civilisation is about to suddenly reveal itself. It turns out his hunch is right. And so with that, the pair quickly spring into action, with Marie being dropped onto the mysterious island of Thera via helicopter. Not as agile or brave as Marie, James provides remote support.

Landing on Thera for the first time, numerous things will strike you about Treasures of the Aegean. First is the game’s art style. Every single screen here looks like it’s been ripped out of a comic book. There are bold, flat colours, thin black lines and a generally cartoonish look that’s disarming. This comic book style is carried across to other aspects of the game, too, such as story scenes. It’s certainly a game that’s pleasant on the eyes.

When you start moving Marie, you’ll also find that Treasures of the Aegean moves at a breakneck pace. Marie really is a master of parkour, allowing her to vault over certain small objects blocking her path automatically. You’re in control of everything else, though, including wall jumping, climbing up ledges and making perilous jumps. It makes for a game that’s exciting at times, but one that often also feels a bit clumsy. You see, Marie moves at such a pace that it’s sometimes hard to make precise, measured movements. She also has a habit of being rather sticky, grabbing onto walls or ledges when you don’t want her to. 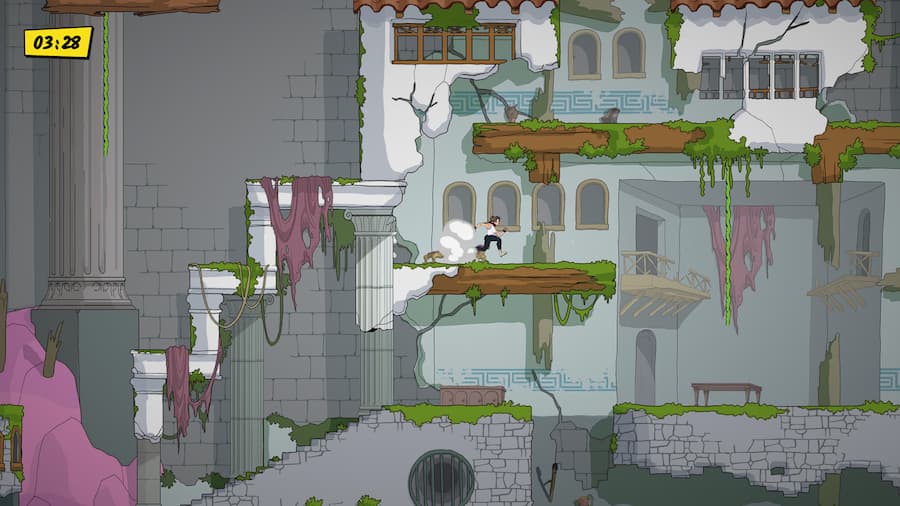 It can grow to be quite the problem when the focus of Treasures of the Aegean is exploring a vast, non-linear map. When you first begin playing, Thera is uncharted, meaning you’re going in blind. That makes finding the treasure you’re there for and getting off the island again rather tricky. Impossible, even. But that’s where the time loop aspect comes in. After 15 minutes on the island catastrophe strikes, forcing you to make a quick exit. Marie drops her phone that’s she’s been using to map the island in the process. And then time reverses, allowing you to begin your adventure again.

When you return to Thera, however, you’ll find that your map has been updated, showing the areas you’ve travelled. The discoveries you’ve made regarding the island’s history and the Minoan civilisation will also be recorded via a prophecy chart. With every loop, then, you increase your knowledge of the island and the secrets it holds, pushing you ever closer to achieving your goal. And while much of your progress is reset with each loop, certain actions such as collecting treasures strewn across the island are persistent. There’s an incentive for hunting down treasures, too; up to five minutes of additional time to explore the island is up for grabs. It may not sound like much, but it makes quite the difference.

Ultimately, your main goal in Treasures of the Aegean is to solve multiple puzzles. But being against the clock you need to be fast. Needless to say, it’ll take you quite a while to get everything planned out to achieve your goal. There are a number of additional complications, too. You always start at a random part of the island, for example, and there’s also an opposing group out to put your escapades to an end. You can’t die in Treasures of the Aegean though; get shot, caught, or fall from a great height, and you’ll simply dust yourself off and get back up. The real penalty is that you’ll lose a minute of time, which could prove to be disastrous. 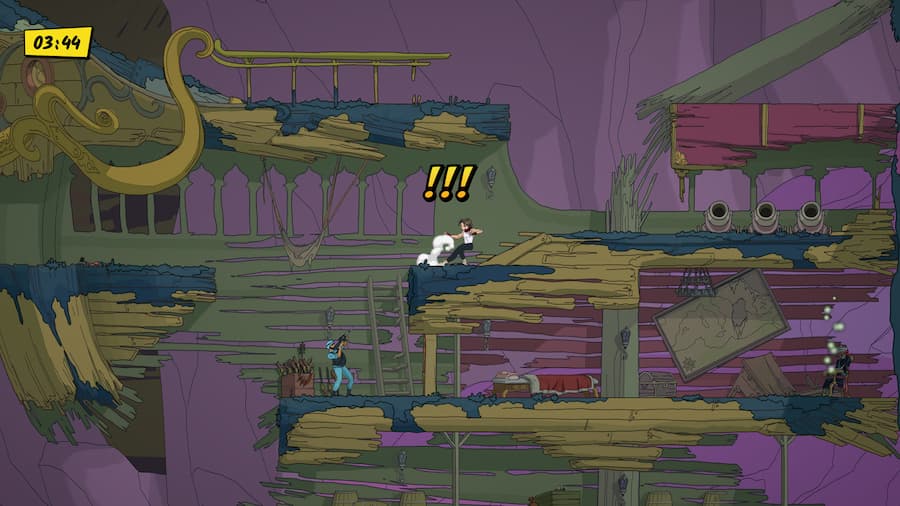 Rounding out the experience is a story that unfolds between loops, though it’s not particularly original or interesting. Those into history might get some kicks out of the discoveries made while playing, however. There are some flashback scenes, too, putting you in control of Marie in other hair-raising situations. Playing on PS5, failing in these did often make me wonder if the game had crashed, with the screen going black for a considerable period of time before placing me back at the start.

Treasures of the Aegean is a unique game, blending rewarding exploration, energetic parkour and thoughtful puzzles. It’s also refreshingly devoid of combat. It’s just a shame that the controls aren’t a bit tighter, and the overall game a little more polished. It’s also questionable if the time loop mechanic does the game any favours; with such a sprawling map, it can be frustrating starting in a different place each time and having your progress in various puzzles reset. Ultimately, some players will get a great deal of enjoyment out of Treasures of the Aegean, but many will find it scrappy and repetitive.

This review of Treasures of the Aegean is based on the PS5 version, with a code provided by the game’s publisher. It’s available on PS4, PS5, Xbox One, Xbox Series X/S, Switch and PC.