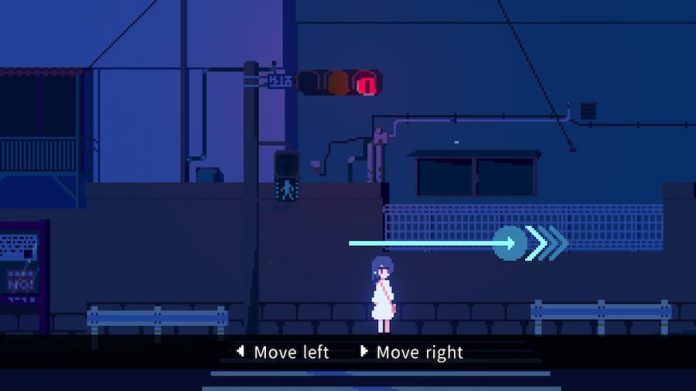 No, it’s not secretly Vampire: The Masquerade – Bloodlines 2, even though we got a major kick out of talking to street signs in the original.  Unreal Life is a pixel-art point-and-click adventure that has already seen the light of day on the PC and, in Japan and the US, on the Nintendo Switch. But, next week, it’s getting a European Nintendo Switch release.

It casts you as Hal and, while we’re hoping the twist isn’t as obvious as her being an artificial intelligence, she’s a girl of many mysteries. She’s lost her memories, able only to recall the name of her teacher, Miss Sakura. So, with your assistance, and the help of the aforementioned traffic light, she roams a mysterious town in search of answers.

She also has the ability to view the memories of the things she touches which, initially, sounds very cool. How cool this ability is, however, depends on whether or not Hal can turn it off. Sure, it might help her track down Miss Sakura. But what if she brushes her hands against a bin and is flooded with a vision of someone drunkenly heaving their guts into it? That’s not a memory anyone needs.

You can discover whether that horrifying scenario factors into Unreal Life when it arrives on the European Nintendo Switch eShop this December 3rd. In the meantime, you can check out the trailer and wishlist it right now.