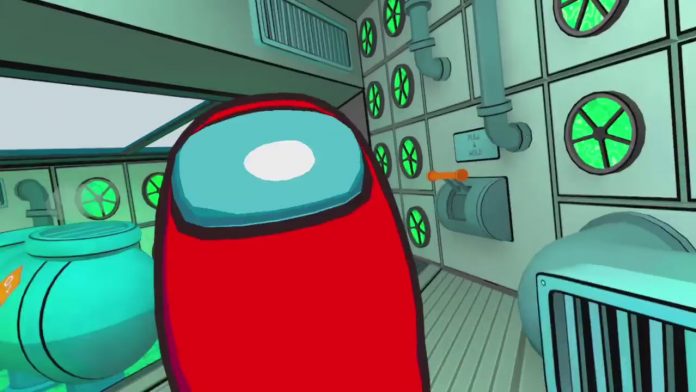 Except, the more we think about multiplayer stab-em-up Among Us VR, revealed at last night’s The Game Awards, the bigger our grin gets. Admittedly, a good portion of that relates to committing cartoon homicide in first person, but it could also be a real game changer if you’re playing as one of the survivors too.

Sure, Fortnite’s Among Us rip-off was 3D but, through the third person view, you could still tell if someone was coming up behind you. But in VR? The only way to see if someone’s behind you is to keep whipping around. But… this task needs doing. So you get on with the task.. then turn around. Wait, did you see someone by the door?

At this point your tension levels are through the roof, and it’s then that you start to panic and flee the room, running right into the blade of the impostor. Or, if you’re the impostor, you can stalk your prey knowing that they can’t tell if you’re in the room until they’re looking right at you. If you’ve ever played Hitman VR, just imagine being one of the NPCs in that game.

Granted, Inner Sloth are collaborating with Schell Games but given their commitment to their ridiculously popular game, we doubt they’d let a duffer out of the doors. There’s no release date but with the Oculu.. er, Meta Quest mentioned (as well as the PlayStation VR) we’re definitely going to dive into this the moment we get our hands on it.