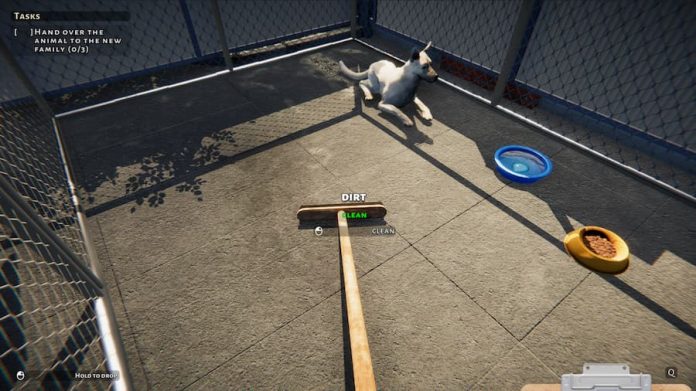 Animal Shelter Simulator, set to arrive next year, could make you go “Awww” at all the fuzzy, wuzzy animals.

Arriving in Q1 2022, Animal Shelter Simulator is a PC game that, as the name suggests, puts you in charge of running an animal shelter. You’ll have to clean out cages, find homes for new animals, heal injured cats and dogs and so on.

Even better, publishers Game Incubator will be donating money to real life shelters. You can find out how that’s going here, and you will even get the opportunity to vote for which shelters get the cash. You can even check out a “prologue” demo here, and wishlist Animal Shelter Simulator on Steam. Sounds like fun, right?

But will Animal Shelter Simulator dive into the darker side of shelters? Probably not. We’ve played a few animal rescue games, and while the cuteness factor is there, we’d also like to see a game that conveys how much pressure shelters can be under.

Sure, stitching up an animal’s wound is one thing, but what do you with a dog that’s been so abused they’ll snap at anyone who comes near them? How do you find an fosterer/adopter who’s got the time and inclination to give that dog a chance, and won’t just bring them back?

Will Animal Shelter Simulator sport those kind of conundrums? You can find out when it’s released onto the PC in the first quarter of 2022.