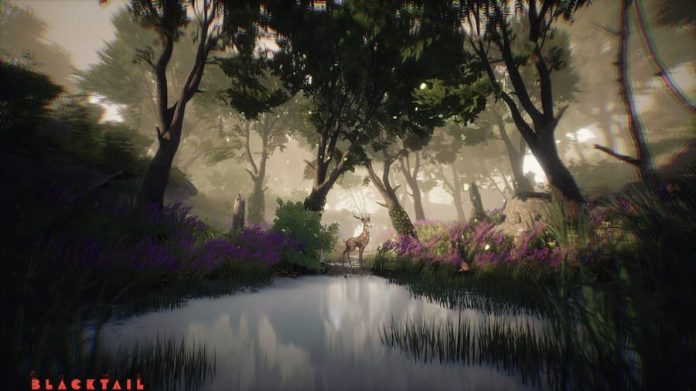 Developed by The Parasight, Blacktail is a first-person action adventure game that sets out to bring “Slavic myth to life”.

Having spent some time with an alpha build of the game, I’m looking forward to playing more. This adventure through an enchanted woodland grasps you from the get-go; setting the scene with a mysterious narrative that drip-feeds you information slowly enough to keep you asking questions. Who are you? Where are you? What exactly is happening all around you? You’ll have to press on to find the answers.

What we do know is that you play as Yaga, a 16-year-old girl. She’s been expelled from her village after being accused of witchcraft. She’s haunted by an evil spirit; a witch who cackles in her ear, leading her astray. Is it real, or is it all in your head? More questions that need answers.

Equipped with only a bow, you’ll have to quickly make some ammo and be prepared to defend yourself at a moment’s notice. Thankfully, crafting an arrow is as simple as gathering feathers and sticks – of which there’s an abundance – before combining them in your inventory. Aiming with the left trigger allows you to fire off a quick shot by pressing the right trigger. Hold down the right trigger, however, and you’ll power up your shot, allowing you to reach enemies and targets further away.

Progressing through Blacktail will reward you with new skills. Before long, I had the ability to charge up a shot, firing three arrows at once. It’s a life-saving skill you’ll need to use often; you’ll frequently be faced with multiple enemies at once, and firing off one arrow at a time just isn’t going to be quick enough. 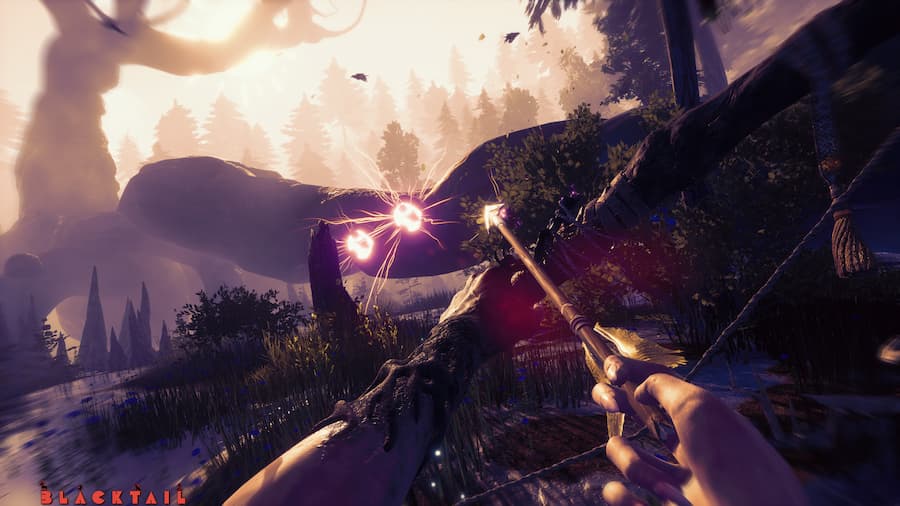 There’s a lot you need to defend yourself from in Blacktail‘s mysterious forest setting. Spiders with huge eyeballs for bodies dangle from trees, and you’re told that just one bite from them will imbue you with deadly poison. There are also dangerous exploding wasps, goblins who charge at you, and flesh-hungry plants. Nothing you meet early on provides too much of a challenge, however; as long as you have your bow at the ready, you’ll be fine. No, it’s not until you meet Blacktail‘s first boss – The Knight – that the game’s challenging nature rears its head.

The Knight is a formidable beast who needs to be defeated before you can progress. Its charge attack is deadly; get hit more than once and you’ll be introduced to a ‘Game Over’ screen. Thankfully, autosave is kind here; you’ll simply restart from the beginning of the battle, hopefully with a newfound sense of determination. You’ll need to fire expert shots in between dodging its charges and ranged attacks. Easier said than done when Yaga is not so quick on her feet, but it’s a great feeling when you do succeed.

There’s much more to Blacktail than just combat, however. As I’ve already mentioned, it weaves an intriguing narrative; along with whispers from a witch, you’ll converse with talking mushrooms, catch glimpses of a ghost of your past, and get to enjoy occasional monologues from Yaga. Voice acting seems spot-on, really helping bring this mystical world to life. 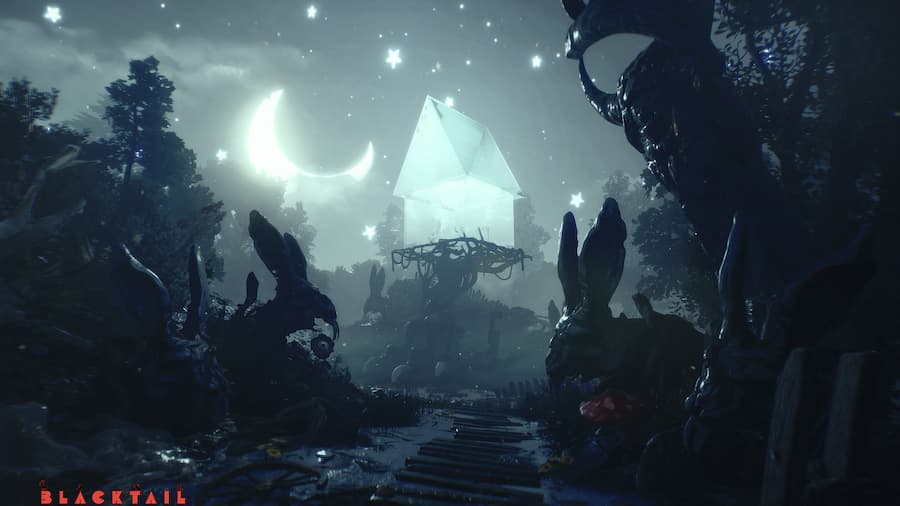 I’ve only scratched the surface of what this game has to offer so far. But its setting – a sometimes enchanting, sometimes terrifying forest flaked in sunlight that’s as beautiful as it is mysterious – gets it claws into you right away. As does its story; I don’t know a great deal about Yaga just yet, but I’m itching to find out more. Perhaps most importantly, though, its gameplay feels satisfying. Pulling back on your bow and firing an arrow is responsive and tactile, and traversing through the forest, whether you’re walking, running or climbing up a vine, is as engaging as you’d expect. There’s a hefty upgrade tree to unlock as you progress, too, offering new skills for Yaga to develop and new ammo types for her bow.

The only thing giving me pause is the difficulty spike of bosses; I’ve only met the first, and so knowing what may lurk ahead raises some questions over Blacktail‘s accessibility – currently, there are no difficulty options to choose from. But if you’ve got the determination to excel at ranged combat, this is an action adventure game worth keeping on your radar.

There’s no set release date for Blacktail just yet, but it’s coming to PS5, Xbox Series X/S and PC ‘soon’. If you fancy trying it for yourself, a demo is available on Xbox consoles until 21st December. 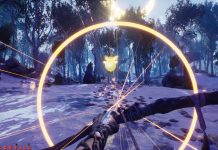