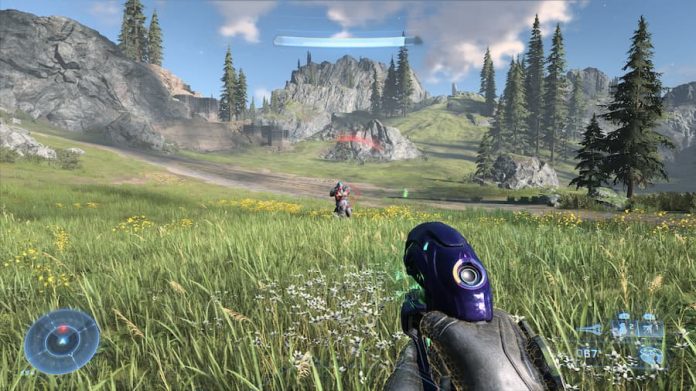 Halo Infinite is finally here, delivering a fantastic campaign and thrilling multiplayer. And so of course, you’re going to want to play it with your friends.

Co-op has been a staple of the Halo series since the original launched on the Xbox console all those years ago. All apart from Halo 5: Guardians had split screen, too. The bad news is that Halo Infinite goes one step further – taking co-op out of the equation altogether when it comes to its campaign. At least for the moment, anyway.

That’s right, at launch, Halo Infinite does not have co-op as an option for its campaign. You have to play it alone. Co-op is going to be added to the game post-launch though, but not until sometime in 2022. So, if you’re dead-set on playing the Halo Infinite campaign with your friends in co-op, you might want to wait before diving in. Or play it by yourself now and your friends later.

It’s also not yet been made clear what type of co-op Halo Infinite will have when it is implemented. Chances are it will be online only, but you never know, local split-screen might be an option. We’ll have to wait and see. Until then, if you want some co-op Halo Infinite action, why not delve into its multiplayer?

Need more help with Halo Infinite? Click here for the rest of our guides