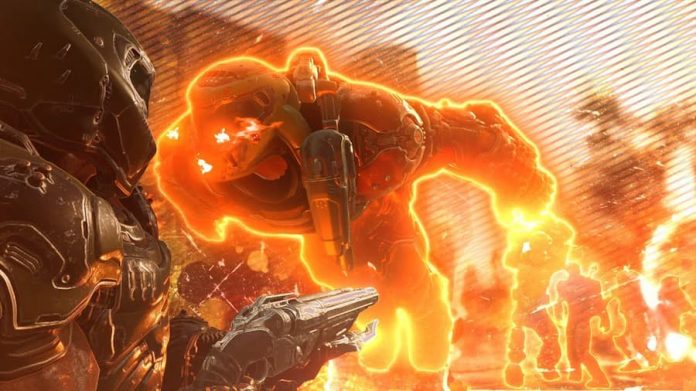 Ever wondered what Doom would look like if every demon was the Doom Slayer? It doesn’t matter, because we’re going to show you anyway.

We can’t take credit for this glorious nightmare, however. It’s the world of YouTuber and Doom modder Doomguy Bot. At some point, presumably after waking from a fevered nightmare, they decided to see what would happen if they assigned the protagonist’s character model to every enemy.

The results are simultaneously magnificent and disturbing. The bad news is that Doom Eternal’s end of game boss hasn’t been transformed into some massive Attack on Titan size Doom Slayer. But it’s entertaining to witness how the game tries to handle the model.

Some of the enemies featured in the video just move around in a T-Pose, which is amusing enough. But there other foes where the game has just stretched the Doom marine’s skin so far it looks like the secret love child of the Doom Slayer and Slenderman. The aforementioned end-of-game boss is transformed in a juddering, spindly nightmare who you definitely wouldn’t want to run into on the top of a building.

PC model swapping is nothing new – a few years ago, we messed about with Jade Empire’s models, so the romance scene featured your protagonist smooching ghosts and more. But the result wasn’t quite as extreme as Doomguy Bot’s efforts. Just make sure to draw your curtains before you go to sleep, especially if you live on the top floor.