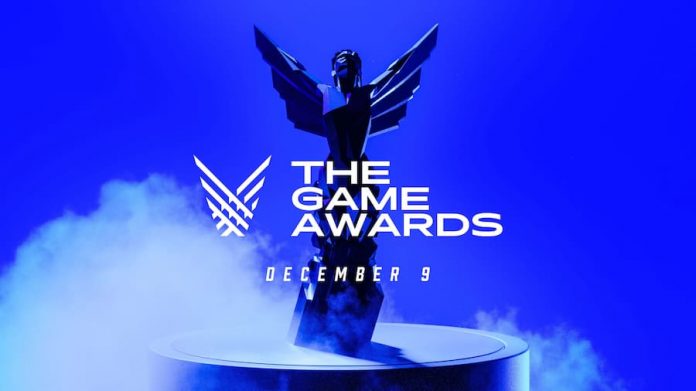 They’re called The Game Awards, but we all know that the actual awards part of the show is very much an afterthought these days. It’s all about the announcements.

It’s been a long evening, but plenty of announcements have come out of this year’s Game Awards. Alan Wake 2! A Wonder Woman game! New trailers for Hellblade 2 and A Plague Tale: Requiem! Lots of brand new, cool-looking stuff!

Scroll on down to see everything that was announced at The Game Awards 2021. And please forgive us if our words get progressively worse as the article goes on. It did wrap up after 4am here in the UK, alright? And we stayed up especially for you. So you’re welcome.

Check in with us later to see a round-up of all the award winners, and a better look at some of the night’s announcements.

A third entry into the Homeworld series is coming next year. It’ll be available on Steam and Epic Store in the last quarter of 2022.

The Expanse: A Tellale Series

Here’s something new from Telltale Games. Yes, that Telltale Games that went out of business a couple of years ago. Well, sort of, anyway. It’s a dark space adventure, based on the Amazon Original series. Interestingly, Deck Nine is also working on it – the studio behind Life is Strange: Before the Storm and True Colors.

We got a new trailer for Babylon’s Fall, the upcoming co-op action looter. We recently previewed this and weren’t that blown away. But hopefully it’ll improve before its full release next year.

We were very impressed with Chivalry II when it released earlier this year. It’s getting new content, in the form of House Aberfell, coming early next year. There’s also a free weekend for players, from today until 12th December. So give it a go if you’re yet to try it. Click here to watch the trailer.

Here’s a new trailer for the first major expansion for Monster Hunter Rise, Sunbreak. It’s coming in summer 2022 – and is “massive”, apparently.

We don’t really have words for Thirsty Suitors, an upcoming game published by Annapurna Interactive. It looks crazy, but in the best way possible. Get ready to combat your ex-lovers, impress your aunt with meals, and generally find yourself in this colourful, quirky adventure.

It’s coming in 2022, from Flying Wild Hog. Evil West looks like a lot of fun; an action game set in the West, but with plenty of monsters. Cool.

Have a Nice Death

Here’s a game about playing Death, a quirky indie with a gorgeous art style. It’s coming to Early Access in March 2022. We’re looking forward to finding out more about this one.

It’s Persona’s 25th Anniversary, and so Persona 4 Arena Ultimax is making its way to PC, Switch and PS4. It’s coming to 17th March, and you can pre-order on Steam today.

Senua is back, and we’ve finally got a good look at the upcoming sequel to Hellblade: Senua’s Sacrifice. It’s as dark and intriguing as one would expect, and the sound design of this trailer alone made us feel all tingly. We got a glimpse of gameplay, seeing Senua and an accompanying army battle against a fiery giant. It looks tense, nerve-wracking and rather brilliant. No release date, though.

A new Star Wars game! This is unlike any that have come before it though: it’s being developed by Quantic Dream, you know, the team behind Heavy Rain and Detroit. So think a story-based narrative adventure where you get to choose your own path. The rather grand trailer shows plenty of gorgeous locations, familiar ships and more than a couple of lightsabers, so we’re sold already.

THERE IS AN ALAN WAKE SEQUEL AND THIS IS NOT A DRILL. It’s coming out in 2023, however, so we’ve got quite a long time to wait. But still. We are very excited to find out more. It’s a survival horror game rather than an action game, so expect many more scares than the first. Game Director Sam Lake says we can expect to find out more in summer 2022. We can’t embed the trailer since it’s age-restricted, but click here to watch it.

Not a game, but we’ll make an exception for the trailer for the sequel to the Sonic the Hedgehog movie. we unironically enjoyed the first one, so we’re looking forward to more of this, and we’re not ashamed to admit it. Oh, and Tails is freaking adorable. It’s out next April.

Here’s a new trailer for Horizon Zero Dawn’s long-awaited sequel. A brief glimpse at gameplay, nicely segued together. Yes, we’re looking forward to spending more time with Aloy, where we will continue to obsess about how wonderful her hair is. The short trailer was followed up by a wonderful live music score performance.

Yes, the excellent Final Fantasy VII Remake is finally coming to PC. It’ll be available via the Epic Games Store on 16th December. No word on an Xbox release, unfortunately.

Destiny 2’s next expansion got a new trailer. It’s coming out in February 2022, and if you’re a Destiny player this looks worth getting excited about.

Here’s an upcoming J-horror from Bokeh Studios. It looks crazy, but in a good sort of way. Expect ridiculous enemies in the street, lots of freaky shit, and, yeah. Well, just watch the trailer. Oh, and it has music by Akira Yamaoka.

Now this looks interesting. Some action, some fantasy, some citybuilding… it’s hard to work out exactly what gameplay will be like from the trailer, but we’re intrigued.

Lord of the Rings: Gollum

Although it was first announced quite some time ago, we still don’t know a whole lot about Gollum. The new trailer doesn’t tell us much more, either. But it looks pretty nice.

Here’s a trailer for an upcoming indie from Jumpship studio. It doesn’t give much away, but expect a post-apocalyptic adventure about saving your family.

Are you ready for more tough-as-nails action from Cuphead? Do you miss crying tears of frustration as you die over and over again? Then we bear good news! Cuphead is getting DLC on 30th June 2022, and it’s called The Delicious Last Course.

Here’s a glimpse at the upcoming Sonic game, due out in holiday 2022. The trailer looks beautiful alright, but we’ve been burned by Sonic games before, so we’re going to reserve judgement for now.

We’ve seen this before, but this new trailer gives us a better idea of the gameplay we can expect from Tchia. It looks adorable, with plenty of exploration and adventure – and some guitar-playing sections that look suspiciously like The Last of Us Part II…

Here’s a new trailer of the upcoming DC game, Suicide Squad: Kill the Justice League. If you like ridiculous superhero (or supervillain, as it were) action, and enjoyed the recent Suicide Squad film, have this one on your radar. We still don’t have a release date, other than ‘2022’.

We got a glimpse at the upcoming Forspoken, giving us a look at the world of Athia, its characters, and some skills players can look forward to wielding. More importantly, we have a release date: May 24th 2022.

There’s a Space Marine sequel coming! No release date, and the (albeit impressive) trailer didn’t show us any gameplay. But it’s exciting news for fans of the first game. And it’s PS5 and Xbox Series X only, so we can expect some jolly nice visuals.

Incoming: a 4X real-time strategy game based in the Dune universe. The trailer doesn’t give away any gameplay, but if you’re a Dune fan, then perhaps keep your eye out for more on this next year.

Here’s a new look at that Borderlands spin-off, Tiny Tina’s Wonderlands. We get a glimpse at some of the game’s characters, including one played by Andy Samberg. What more do you need to know, really?

Among Us is coming to VR. That’s it. That’s the announcement.

New content is coming to this highly-regarded free-to-play MMO. Looks like you can expect new characters and new enemies.

Remember BPM, the game that was like DOOM but a rhythm game? Well, here’s another attempt at making that exact thing. It’s coming next year on consoles and PC, and does look pretty fun.

Trekkies, unite. Here’s a new video game entry in the Star Trek universe. It’s a narrative-driven adventure, with choices to be made and life-changing decisions to make. Looks like it’s made by ex-developers of Telltale, so you should know what to expect.

Do you know what we don’t have enough of? Online multiplayer brawlers. Said nobody ever. But here’s another one, just in case you’re bored of all the ones out there already. We didn’t get a look at actual gameplay footage, but the trailer’s fun and colourful enough.

Here’s one of our most anticipated games for 2022: a sequel to the excellent A Plague Tale: Innocence. Requiem continues the story of Amicia and her extraordinary little brother, Hugo. It seems more terror is in store for the pair as the plague is far from over. No release date outside of 2022.

We’ve seen a lot of Dying Light 2 in the last few months, but we’re digging this latest cinematic trailer, set to a haunting cover of The Pixies’ Where is My Mind.

A popular multiplayer game in the east, Crossfire is getting a single-player campaign mode, developed by none other than Remedy. Here’s a look at what you can expect. Read more about the game by clicking here.

It’s been in early access for two years, but right this second it’s now properly, fully out. Yep, GTFO version 1.0 is available to buy on Steam. If you’ve previously bought the early access version, be sure to update to the latest version.

Yes, another non-game but game-related thing. Halo is getting a TV series, streaming in 2022. It’s coming to Paramount+ in North America. No idea what that means for UK viewers.

Here’s a new trailer for Elden Ring, a game which won the award for most anticipated game. Still looks good.

Another first look at a new game. A sci-fi shooter filled with giant mechs? Sure, I guess. The trailer doesn’t give too much away in regards to gameplay, but it does look pretty cool. Coming next year to PS5, Xbox Series X/S and PC. 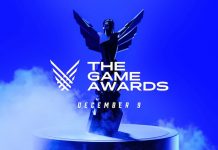 Here’s Every Winner From The Game Awards 2021 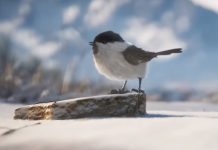 I Cared About This Damn PUBG Bird Far Too Much 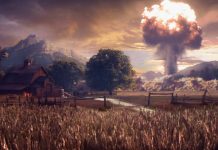 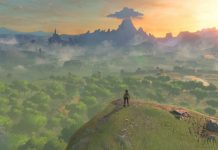 The Legend of Zelda: Breath of the Wild gameplay will be at The Game Awards