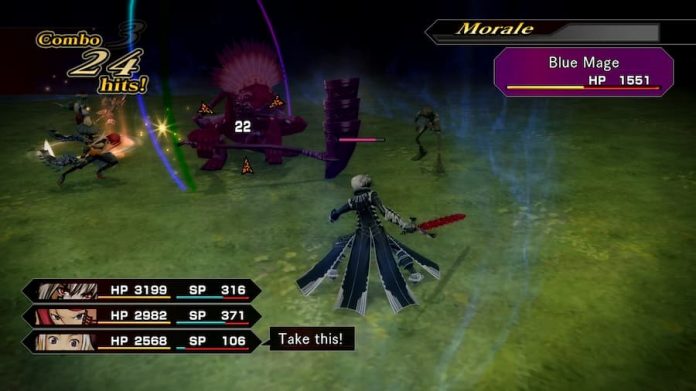 .hack//G.U. Last Recode is coming to the Nintendo Switch and is set to be released this March.

Which, in turn, raises one very important question… what kind of name is “.hack//G.U. Last Recode”? If you’re not familiar with the series you might well be scratching your head, though the Kingdom Hearts series has some equally absurd titles. Yes, we’re looking at you, Kingdom Hearts 358/2 Days and Kingdom Hearts HD 2.8 Final Chapter Prologue.

The .hack//G.U. series is made up of several single-player RPGs set within an entirely digital game world. The twist is that, thanks to a baffling complete anomaly, those killed within the game world fall into comas in the real world. You’d think that’d put people off playing, but apparently not. The G.U. series casts you as Haseo, looking for an in-game player killer who’s put his friend into a real-world coma.

.hack//G.U. Last Recode was released in 2017 and is a remaster of the three GU games, which were, respectively, the fifth, sixth and seventh entry in the .hack series. It also adds a final concluding story to the mix. The remaster (the originals were PS2 games) landed on the PlayStation 4 and Windows, skipping the Xbox, and is now coming to Nintendo Switch.

So is this remastered trilogy worth having? If you’ve yet to play the ./hack games, yes. We gave it a 7 out 10 when we reviewed it but, be warned, some of the dungeons are, as we pointed out, a little formulaic. The story should help carry you over these rough patches but don’t expect to be enthralled every step of the way.

.hack//G.U. Last Recode will be released digitally this March 11th, 2022 on Nintendo Switch.