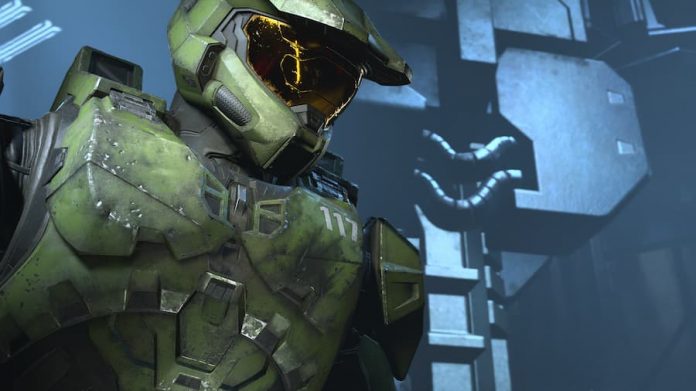 Halo Infinite isn’t a reboot of the series, but it sure does feel like one.

After a gripping opening in which Master Chief is given a thorough thrashing and is left for dead, you soon find yourself taking control of the legendary Spartan once more, fighting off a Covenant assault. The ship innards feel familiar; almost welcomingly so despite the hostile forces out to cut your renewed life short. But it’s after you’ve you’ve made your way through a set piece that even Michael Bay would be proud of that Halo Infinite truly feels like sliding into a trusty pair of well-worn slippers.

With its story taking place on another Halo ring, Halo Infinite aesthetically has a striking resemblance to the original Halo: Combat Evolved. It’s intentional, of course, plucking the heartstrings of those who remember the early entries in the series fondly. The Covenant feature prominently too, though it’s The Banished who pose a more serious threat. And so, Halo Infinite looks like classic Halo, feels like classic Halo, and has classic Halo enemies. That should be enough for many fans to already know that they’ll love it. But what about those who expect something new? Something more?

The good news is, Halo Infinite delivers some wonderful new improvements. There’s the grappling hook, for example, that can be used to reach higher ground, fly at enemies to deliver a knockout punch, or pull weapons straight into your hands. Master Chief also retains some of the advanced mobility of more recent Halo games, allowing him to mantle onto ledges. Both of these come in particularly useful during sections of the game where you’re given free rein of the huge map. 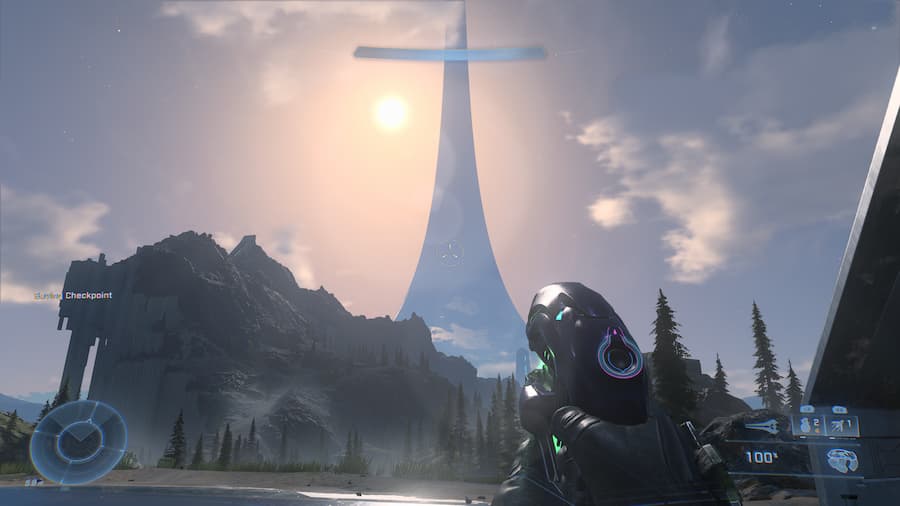 Is Halo Infinite an open world game? Not really. Or at least it doesn’t feel like it for the most part. Rather, you simply have more freedom when it comes to missions that take place in the overworld. Tasked with investigating a dig site, for example, you can head straight to it if you wish, or you can explore, eradicating Covenant forces found in forward operation bases around the area to claim them for yourself. These then act as fast travel points, and places where you can call in vehicles and pick up weapons. But your options will be limited until you’ve increased your Valor points.

Other activities such as destroying propaganda towers, taking out high value targets and capturing motor pools are just a few ways to earn Valor points, and while completing them is not necessary whatsoever to progress through Halo Infinite, it does have benefits. A healthy dose of exploration can also result in Spartan Points being found, which can be used to improve various gadgets that Master Chief gathers on his adventure. In addition to his grappling hook, there’s a deployable shield, thrusters, and a threat sensor. It’s just a shame that only one of them can be accessible at the touch of a button at any time. Being able to thrust-dodge out of the way of an incoming attack, then use the grapple hook to launch a counter attack would have been wonderful.

When you enter structures, you forget all about the open world shenanigans, and strap in for what feel like true Halo levels. Disappointingly, there are even loading screens that make you feel like the level-based structure has been retained, though they do only last for a second or two at most. The mix between open outdoor combat and intense indoor firefights is electrifying, especially with the classic Halo gameplay where measured movement results in a great deal of strategy being employed. You’re perhaps tasked with finding energy cores to power up devices a few times too many, however. 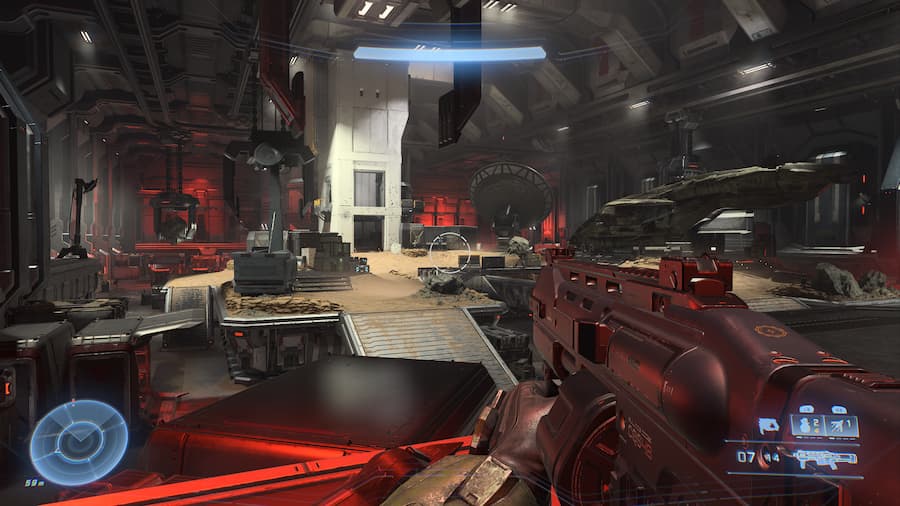 Despite the odd misstep though, the campaign of Halo Infinite is up there with the best of them. There’s a brilliant story here, masterfully directed, that largely focuses on Master Chief. But it’s more human, with the legendary warrior showing some vulnerability after his escapades with Cortana in previous games. The Banished make excellent villains, too, and there are some other surprises that raise the stakes. It is unfortunate, however, that the story relies so much on players having prior knowledge of events. If you feel like making Halo Infinite your starting point for the franchise, either think again and give The Master Chief Collection a whirl first, or check out one of the many “The Story so Far…” videos that are out there. Otherwise, you might be a little lost.

After the disappointing Halo 5: Guardians, it really does feel like 343 Industries is getting the series back on track with Halo Infinite. The setting is familiar, and so is the gameplay, but like returning to your hometown to meet up with long-lost friends, it’s a wholesome experience and, once you scratch the surface, things are different enough to allay any fears that you’re just re-treading the same old ground. Perhaps the biggest shame is that co-op won’t be available until after launch, because those open areas could really do with multiple Spartans causing havoc in them. But until then, even playing solo is bound to be captivating thanks to firefights that put most other first-person shooters to shame.

This review of Halo Infinite Campaign is based on the Xbox Series X version, with code provided by the game’s publisher. It’s available on Xbox One, Xbox Series X/S and PC.