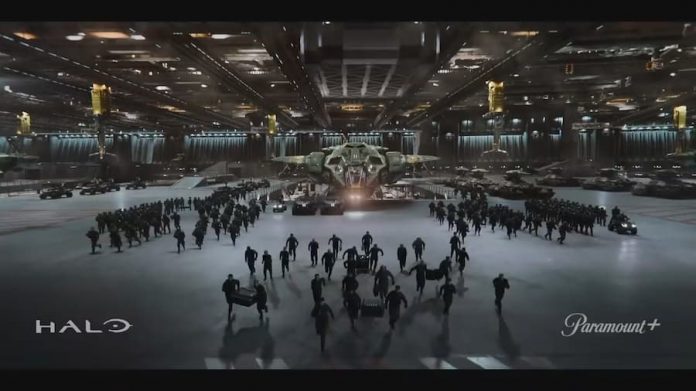 We’d love to tell you, going by the “first look” trailer that Paramount’s live-action Halo series is looking pretty good.

We’d also remark that it does have a certain “made for TV” look to it, though given Paramount’s history with Star Trek they have the talent and budget to pull something like this off. We’d also remind you that, in fact, this isn’t the first live-action Halo series, that the unrelated Halo 4: Forward Unto Dawn webseries also gave us a non-digital master chief.

However, we’re much too distracted by the fact that Mike Milligan from Fargo, aka Bokeem Woodbine is in it. Sure, we’d seen his name on the series’ IMDb entry, as “Soren-066”, but that’s not erased his Emmy-nominated performance from our minds. We keep imagining him dispatching Gravemind using a typewriter while the Kitchen Brothers kick the Prophet of Truth out of a window.

Still, we’ve got until next year to un Mike-Milligan our minds, which is when Paramount’s Halo series is released onto Paramount Plus. If you’re in the UK and wondering how the heck you’re going to watch it, don’t worry, there are plans to bring the channel/service to this country next year. In the meantime, you can check out the first look trailer below.