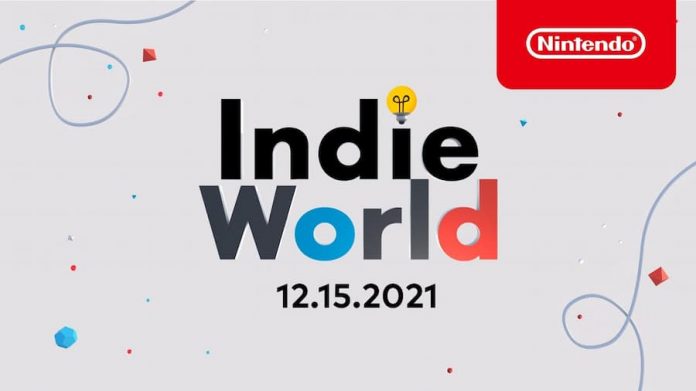 Nintendo’s Indie World stream, which aired yesterday, gave us a glimpse at some of the indie titles coming to the Nintendo Switch (or already here).

Not all these titles are Nintendo Switch exclusive but unless you balk at anything other than Call of Duty there should be something here that will pique your interest. The catch is that you might have to wait a while to get your hands on them.

The good news is that, at the very least, each title had a trailer on display so even if they won’t be debuting till the space year 2022, you’ll be able to feast your eyes on each game in action. And, this being a Nintendo broadcast, you’ll be able to take them on the go with your Nintendo Switch.

Here are the titles that were on show:

Sea of Stars. Emulating old-school 16 Bit RPGs like Star Ocean, Sea of Stars looks absolutely charming. It’s set to debut in “Holiday” 2022 which, sorry to tell you, isn’t New Year’s Day, you’re going to have to wait till next Christmas. What is particularly encouraging about this trailer is that offers the best of both worlds; pixellated graphics, along with smooth animation of the kind that was rare on the SNES.

Aliisha: The Oblivion of Twin Goddesses. Arriving in Spring 2022, so a little before Sea of Stars, Alisha is a Nintendo Switch exclusive, which sees a pair of sisters exploring a mysterious world. Yes, it looks very pretty, but what’s particularly cool is the way that two players can co-operate to tackle it in different ways, one using the joy-cons and one using the screen. Granted, the player using the joy-cons (Alisha features motion controls) will have to wait while the touch-screen player does their thing, but it’s still a neat feature.

Loco Motive: Loco Motive sees you tackling a murder aboard a steam train and it’s sort of out right now! Sort of? Yes, because the original PC Loco Motive was crafted during a two week game jam and can be downloaded from itch.io. This new incarnation reimagines it as a full game and is set to arrive in Summer 2022.

Afterlove EP. What do you when a relationship ends? Hiding in your ex’s bins is not the right answer, not by a country mile, but moving on can be hard. Afterlove EP is a mash-up of dating sim, rhythm game and adventure about one person’s quest to do just that.

Dungeon Munchies. Why just murder dungeon-dwelling monsters when you can eat them? Dungeon Munchies, out now, sees you doing just that. Hey, don’t give us that funny look, people absolutely 100% eat Pokemon.

Figment 2: Creed Valley. A follow-up to the excellent Figment, this action adventure sees you roaming an oddball landscape, dealing with the products of someone else’s imagination. It’s set for a February 2022 release but you can nab a demo from the eShop right now.

Let’s Play! Oink Games. Sure, we could go into microscopic detail about this Nintendo Switch exclusive multiplayer title, which is out right now. But it’s simpler just to tell you that there’s a minigame where everyone has to draw something but one artist doesn’t know who the topic is. You have to figure out just who is the “fake artist”. How can you possibly go wrong with that?

Endling – Extinction is Forever. A sobering little outing, Endling reminds us of Tokyo Zoo in that you’re controlling an animal in a world that’s been ruined by humanity. The difference is that humanity isn’t quite dead yet. As a mother fox, you’ve got to keep your cubs alive in a world that’s become remarkably inhospitable. You’ll have to wait till Spring 2022 to see whether, with your help, she makes it.

OlliOlli World. We may have not got the Oxenfree crossover we were hoping for, but skate-em-up OlliOlli World still looks to be a ridiculous, silly joy. We got a real kick(flip) out of OlliOlli: Switch Stance, which featured the two previous entries in the series, so we’re looking forward to this new title’s February 8th release date.

Omori. If we had to choose one word to describe Omori, it’d be “harrowing”. This strange turn-based RPG deals with some pretty deep topics, including suicide and depression. It’s already hit the PC, and received a great deal of praise, but the Nintendo Switch version, which arrives in Spring of next year, will let you take it on the go.

And that’s it for the titles Nintendo gave some major screen time to. We were also given very brief glimpses of some other indies, including Parkasaurus, Don’t Starve Together, Chicory: A Colorful Tale, Gerda: A Flame in Winter, Timelie and Behind the Frame.

There are lot potential gems here but if we had to single one game out that’s caught our attention it’s Endling, partly because post, or near, apocalyptic scenarios can be fun to explore but mainly because.. awww, foxes.