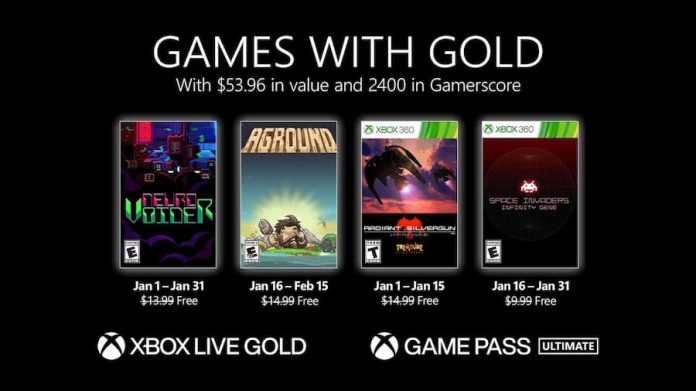 2022 is nearly upon us and, provided you’re an Xbox Live Gold or Xbox Game Pass Ultimate subscriber, so are the year’s first four free titles.

Who needs a gym subscription you’ll forget about by February? Just nab a second hand exercise bike off eBay, set it up in front of your TV and you’re good to go. That’s where this month’s Xbox Games With Gold titles come in. There are a total of four titles, three of which have a definite shoot-em-up flavour.

The titles that have been unveiled are as follows:

Which of these are worth your time? We haven’t tackled Aground, though this cutesy caveman crafting game looks like it could be fun. However, we can recommend frenetic neon shooter Neurovoider, which we said “expertly blends shooter and RPG elements, delivering concentrated blasts of arcade mayhem followed by a brief strategic respite”.

Space Invaders Infinity Gene and Radiant Silvergun are both pre-GameSpew titles though we can confirm that Silvergun is a real blast. It’s from Treasure, the team who also produced the excellent Ikaruga but is firmly in the “bullet hell” sub-genre so be warned.

So, if you’re a shmup fan, there’s plenty here to keep you occupied, less so if the idea of ducking a screenful of projectiles turns you off. There’s no news about the titles that are coming to Xbox Game Pass this January, but you can expect Microsoft to reveal that information in early January. We’ll keep you posted. 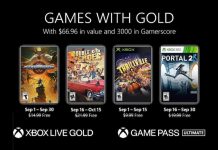