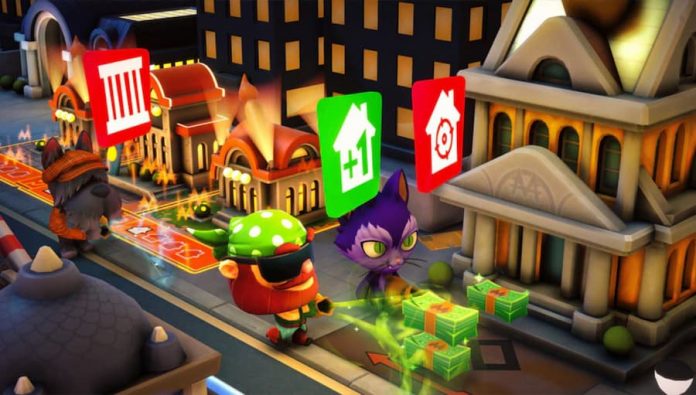 It’s been a good six years since we’ve had a new Monopoly game on home consoles. Ubisoft is here to fix that – but Monopoly Madness isn’t your standard capitalist board game adventure.

Forget everything you already know about Monopoly; typically a slow-paced, somewhat thoughtful and vindictively ruthless few hours spent moving around the same board of squares. Monopoly Madness uses some familiar concepts, but this is very much its own beast. It’s closer to a multiplayer brawler than it is a board game, but instead of knocking seven bells out of your opponents (you can still stun them), your aim is to buy up more property than your opposition.

In that case, then, it sounds quite like traditional Monopoly. But there’s no careful rolling of the dice, no regimented moving from one property square to another. Monopoly Madness is a free for all; an open space where houses will regularly pop up for auction. You need to get there before your opponents and put in a bid. You can keep outbidding them, sure, but if you want to secure a cheap win, you can resort to dirtier tactics: knock them out of the way with your knock-back attack. Or if you have one, block their way by placing down a Community Chest barrier power-up.

Once you’ve got a property, it might not necessarily be safe. Some power ups – collected by hitting a Community Chest as they randomly drop into the playing field – let your opponents snatch them from under your nose, or at the very least put them in jeopardy, meaning you’ll lose them if you’re not quick enough to act. Vigilance is key to success, then. Not only do you need to keep an eye on everything that’s happening around you, you need to continually pick up currency that comes in the form of money, electric and water. 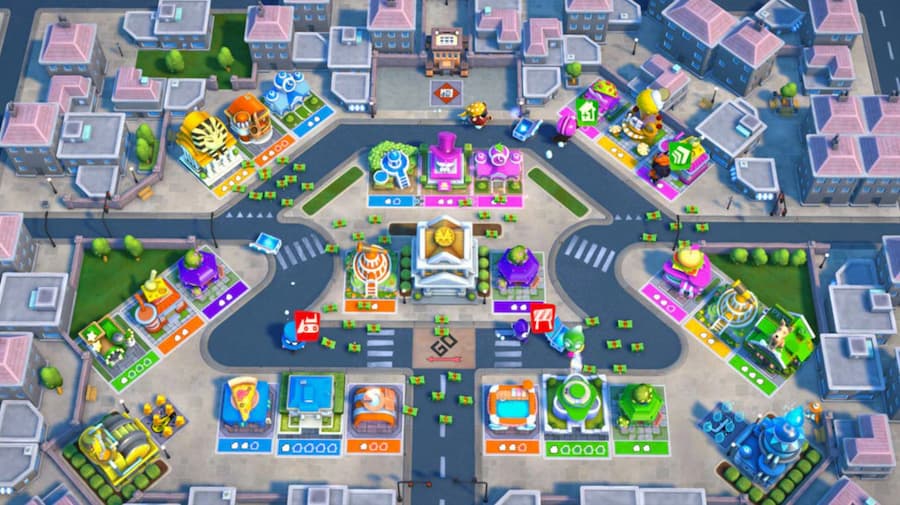 Money, of course, is used to buy properties in the first place. And like ‘real’ Monopoly, owning properties will net you a small income too. Electric and water tokens, on the other hand, can be used to upgrade properties. Upgraded properties earn you more money and more power. Own a lot of properties and upgrade as many as you can, and you’re likely to win.

There are several ways to jump into a game of Monopoly Madness. You can play solo against the CPU if you wish, tackling a “campaign” mode where every level tasks you with a specific goal: own five properties, own the most properties, have four fully upgraded properties. They all result in the same gameplay. You can also jump into a quick game, take the action online against other real players, or opt to play locally. Multiple local players can also compete against each other in the campaign mode, which is a nice touch. 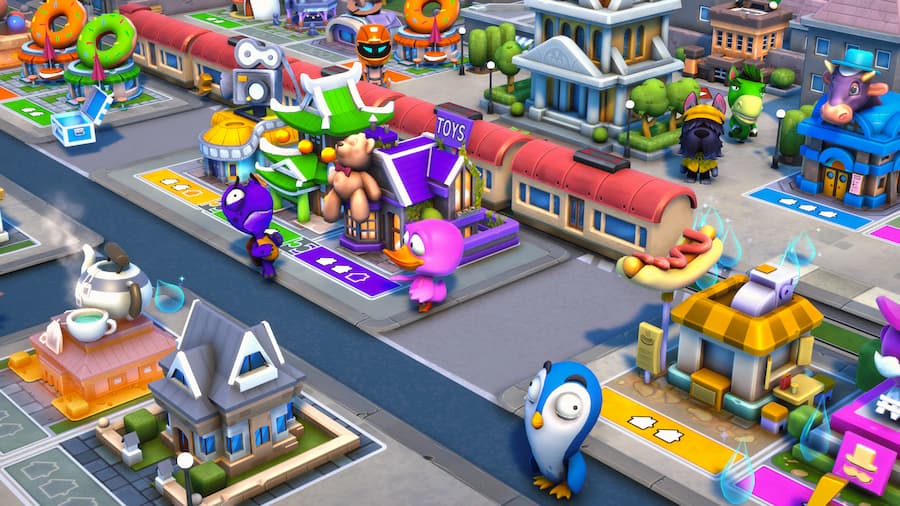 Sadly, when we tried to jump into a match with random online players, we weren’t able to find anyone. That’s never good news for a brand new launch. So if you’re hoping to enjoy the multiplayer aspects of Monopoly Madness, you’re best off keeping the action local, or ensuring you have online friends you can play with.

I appreciate the developers trying to do something different here with a franchise that’s been churned out again and again. But does it work? Well… yes and no. There’s fun to be had in Monopoly Madness, particularly if you’re playing against friends. There’s a really fun platform for chaotic competition and, while it lasts, I almost guarantee that you’ll be in fits of laughter as you tackle your opponent and try to steal property from under their nose. But once you’ve played a couple of games, it feels like you’ve experienced everything that’s on offer. Its fast-paced, frenetic action quickly grows tiresome, and while it is not a bad game, you’re unlikely to want to play for more than half an hour or so.

Ultimately, Monopoly Madness is a novel twist on the Monopoly formula, which can be fun to play in short bursts. But it doesn’t quite scratch the itch of playing the classic board game.

This review of Monopoly Madness is based on the PS4 version of the game. It’s available on PS4, Xbox One, PC and Switch.