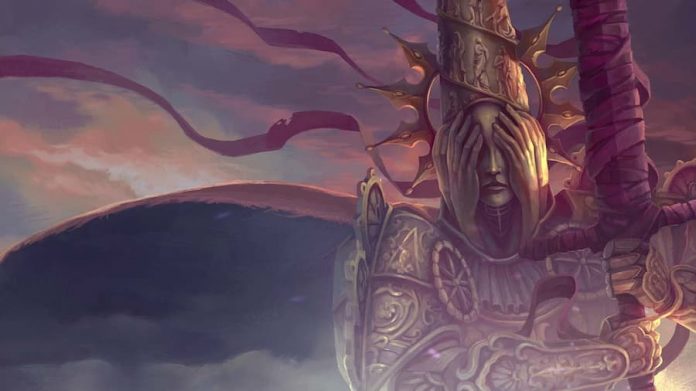 We loved The Game Kitchen’s Blasphemous when it launched in 2019.

“Sitting between Castlevania and Dark Souls, its combat is fast-paced and requires timing and skill, the difficulty pitched just perfectly,” we said in our review. “But it’s the sense of discovery and hardship that your character goes through that really makes it what it is, as well as the atmospheric world they inhabit. Blasphemous may not be entirely original structurally or mechanically, but The Game Kitchen has cooked up something that feels very unique.”

Upon replaying Blasphemous again in 2021, we loved it even more, with numerous updates since launch adding more content and features that really took it to the next level. It was better balanced, and additional areas and bosses resulted in a more fleshed out and rewarding experience. New Game Plus had even been added, offering a greater challenge for those who were brave enough to accept it.

With a sequel announced for 2023, The Game Kitchen has just updated Blasphemous yet again. Wounds of Eventide is the third and final free update for the game that acts as a bridge to the upcoming sequel. So, if you’re as fond of the game as we are and are looking forward to continuing The Penitent One’s story, you’d be wise to get it installed and fully updated so you can discover the new content, which includes new levels, bosses and items.

Be aware though, that certain steps must be fulfilled to access the new Wounds of Eventide content. In fact, if you have put considerable hours into Blasphemous, you might not be able to access it until you start a new playthrough. What we will say is that you should definitely explore the Echoes of Salt area to the fullest before going to face-to-face with Esdras. And maybe consider hitting some walls – who know what secrets you might find.

We’ve dug into the Wounds of Eventide update, and discovered that it’s very easy to recommend. At the heart of it lies a meaty new questline to follow that will take you to new areas and requires you to overcome some thrilling new bosses. Succeed, and you’ll unlock a third ending that paves the way for what’s to come in 2023. Check out the trailer below if you want a taste of what to expect.