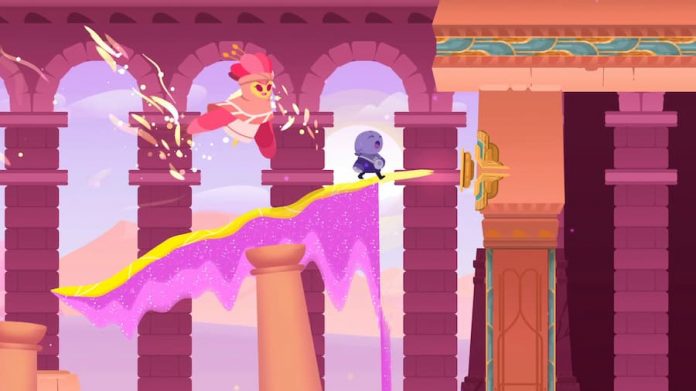 I felt a bit like a lunatic, singing nonsense songs into my DualSense controller, while playing One Hand Clapping.

This cute puzzle platformer isn’t like others of its ilk, you see. Rather than using buttons on your controller to activate lifts, move obstacles and raise and lower platforms, you need to use the power of your voice. Yes, you literally sing into your microphone. What you sing, for the most part, doesn’t matter. As long as you’re making some sounds, you’re good. It’s joyous, hilarious and, at least if anyone is in the room with you, a little bit embarrassing.

Things start off fairly straightforward in One Hand Clapping. By making noise into your microphone, objects around you will react; lights will come on, platforms will move up and down or side to side. You’ll need to activate them at just the right time to get to your location. If you’re in a noisy environment, you’ll need to adjust the sensitivity of your microphone so it picks up just your voice. Thankfully, the settings are generous and easily tinkered with. Once you’ve got them just right, you’ll have full control over the game’s environment. As long as you’re willing to siiiiing, of course. 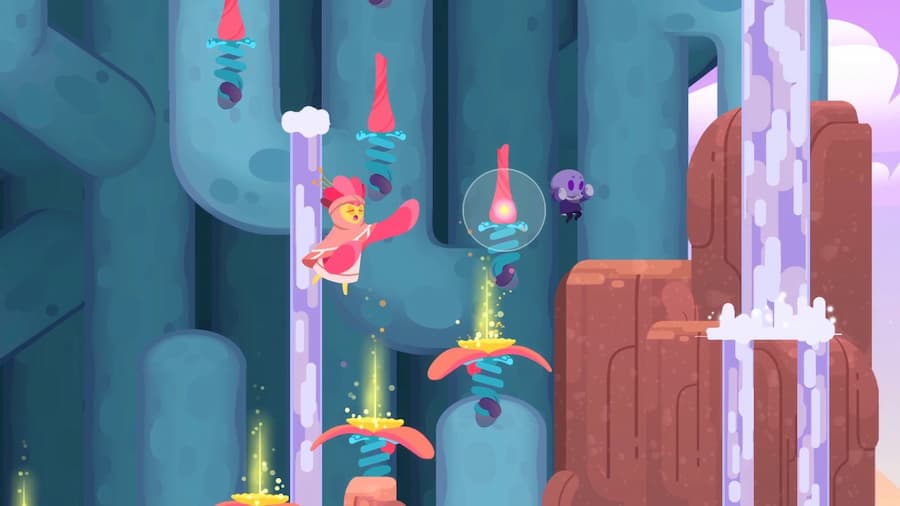 In the next level, however, One Hand Clapping introduces pitch. You’ll need to sing high notes to raise platforms, and low notes to lower them, for example. It doesn’t matter if you’re tone deaf; as long as your sounds are higher and lower than each other you shouldn’t have a problem. Again, you can tinker with the settings so the game registers your pitch correctly. It’s here where things start to get a bit more technical and you start to feel a bit silly. Making random sounds and making up songs is one thing. But when you actually have to think about pitch? If you’re not a singer, it can be a bit daunting. But there’s no denying that this is one heck of an interesting way to play a game.

It’s also a lovely-looking game. Each of One Hand Clapping‘s worlds are made up of colourful 2D environments, designed with bright colours and bold elements. It’s such a pleasant world to spend time in; the only thing that’s going to distract you is, quite possibly, the screeching of your own voice. Or perhaps that’s only me. 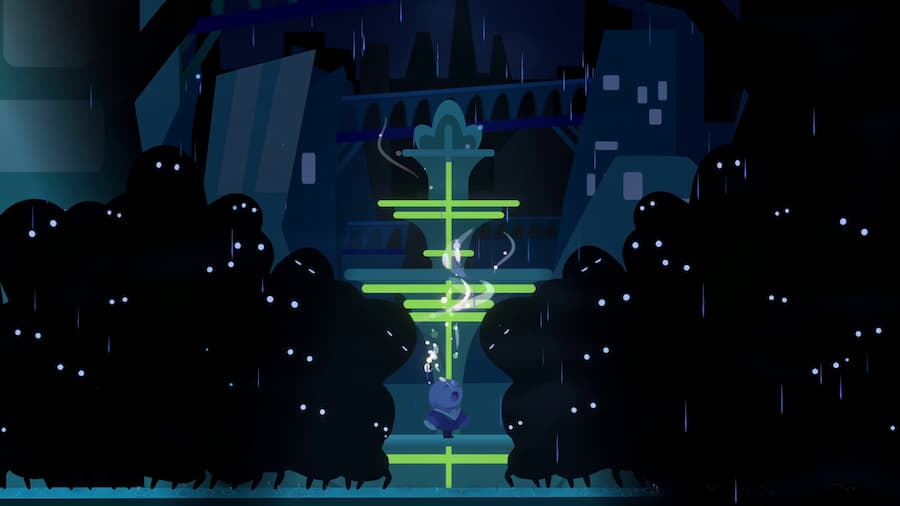 If you’re playing on PC, you technically don’t have to use your voice. In the game’s Steam discussion forum, a user had asked if they’d be able to replace the sound input of a microphone with a USB instrument, like a keyboard. The developer’s response was absolutely – as long as your instrument of choice can hold a note for at least a couple of seconds. This makes things quite interesting; technically, you could even use an analogue instrument that your mic will pick up. The only issue is you’ll need to frequently go between your instrument and the control pad; you’ll still need to use your controller to move your character and perform certain interactions.

I’m always very interested to see games come out that try to do something completely different. Sure, singing (or generally making noise) into your PC or console’s microphone isn’t going to be for everyone. But it’s a cute and novel idea that makes solving simple puzzles more engaging that it otherwise would be. And for that alone, One Hand Clapping is worth praising. And particularly if you enjoy singing (or beatboxing, or otherwise make any sort of noise), there’s a lot of fun to be found here. At the very least, the people in earshot of you playing should get a good giggle out of it.

One Hand Clapping is available now on PS4, Xbox One, Switch and PC. It’s priced at £12.49 or your local equivalent. 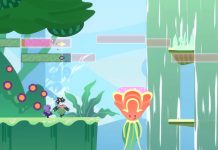 Musical Platformer One Hand Clapping Bursts Into Song This December