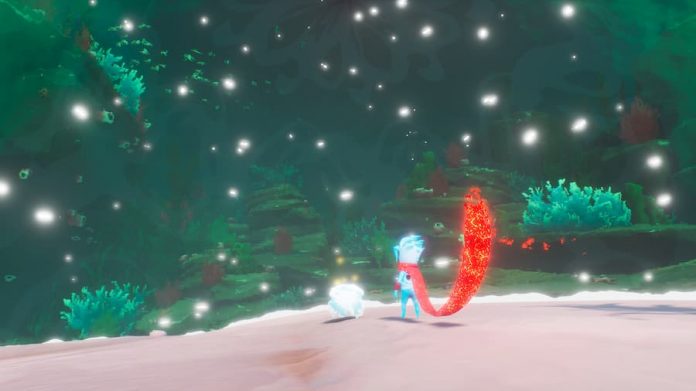 This isn’t your usual type of Christmas scarf.

Released today from developer Uprising Studios and publisher Handy Games, Scarf is a single-player adventure game that centres around, well, a sentient scarf. The titular scarf is in fact a dragon-like creature, one which has been cast from its own world after losing its mother – and with your help, will hopefully get back to where it belongs.

Turns out it’s quite a useful scarf to have around, too. While it can trail elegantly around your neck, it can also be used to glide through the air, catapult between platforms and swing across large ravines. A shape-shifting dragon scarf, then.

Although a fairly short adventure, making your way through Scarf is a joy. There are similarities here with the likes of Rime; you’ll spend your time moving through wonderfully-crafted environments, solving puzzles as you go to allow you to progress. There’s nothing too taxing here, however; Scarf is designed to be enjoyed by practically any age group, and so while puzzles are engaging they’re never too tricky. Most involve manipulating the environment by using switches, pushing blocks and navigating moving platforms. 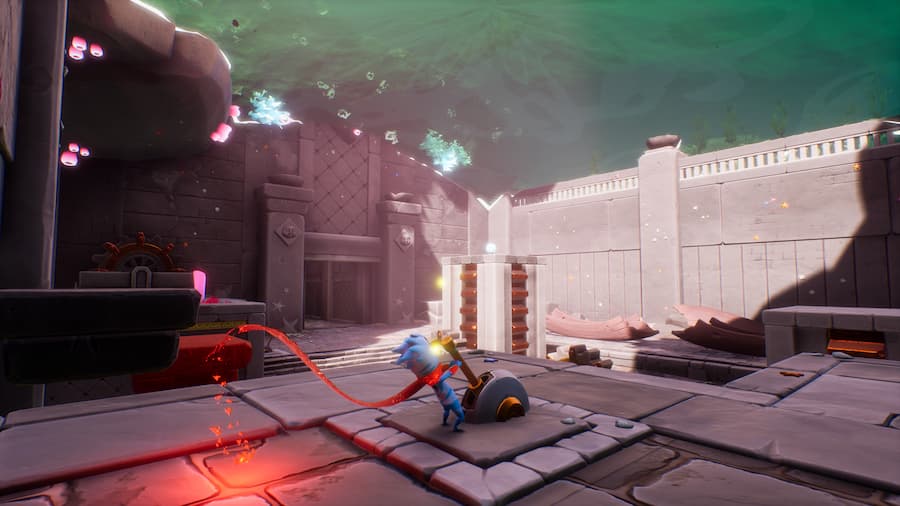 Your ultimate goal in Scarf, as I mentioned, is to help the titular dragon-scarf get back to its home world. You see, fragments of its mother were used to create a portal between worlds, but after the scarf passed through, the portal was closed. The fragments still remain, however; they’re worn by the monstrous beings that destroyed the scarf’s mother. And so, by tracking them down and regathering those fragments, perhaps the portal can be re-opened, and the scarf can return to its own world.

You’ll find those beings scattered across multiple areas, each with their own distinct atmosphere. Scarf is a beautiful game; its art style is rich with character and detail, and its world begs to be explored. Despite looking open in their design however, most of Scarf‘s levels are fairly linear. There are a few opportunities to go wandering off the beaten path, with some collectibles to seek out if you wish. It might be worth doing, because finding them will unlock an alternate ending.

So: if you like the idea of a relaxing, wholesome adventure filled with puzzles and set against a gorgeous backdrop, Scarf is certainly worth considering. It may only take you five or six hours to complete, but it will only set you back £12.49. Which, in my opinion, is an absolute steal for something as lovely as this.

Scarf is available now on PC via Steam, Epic Games Store and GOG. 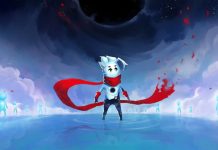