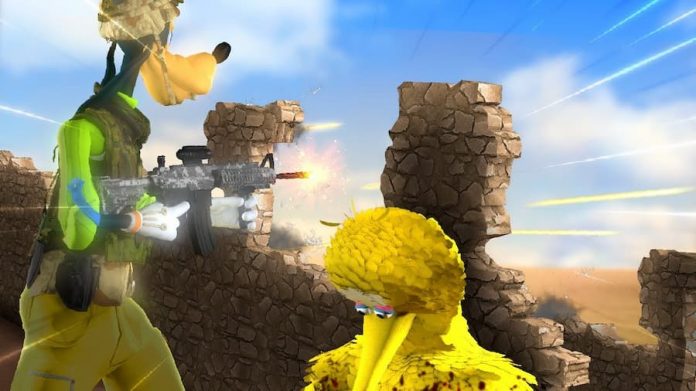 The Curator would not approve of The Dark Pictures: House of Ashes being ruined by mods.

But you know what? He can go and boil his head. It serves him right for dancing around the whole “Am I Death? Am I not Death?” issue. We loved House of Ashes, the latest entry in The Dark Pictures series, calling it “…a game that’s absolutely dripping with foreboding atmosphere.” Only, thanks to YouTuber ToastedShoes and modders Kboy and MrMacro, things have taken a turn for the strange.

ToastedShoes House of Ashes video has him tackling the game with the trifling change that every single character has been replaced with a cartoon character, puppet or other oddball being. Jason is now Rick Sanchez from Rick and Morty and Rachel is Sandy from Spongebob Squarepants.

Unfortunately, these mods aren’t publicly available and seem to exist only for use on the channel. But it’s as gloriously ridiculous as it sounds and you absolutely have to see it in motion.

The video above is just one of several House of Ashes Ruined by Mods videos – you can find the rest on Toasted Shoes’ channel, but the absolute highlight has to be Shaggy from Scooby Doo rescuing a wounded Big Bird. The voices haven’t change, so you’ve got these absurd characters talking in military lingo as they take on the insurgent Pingus.

We could say more, but just watch. You won’t regret it.