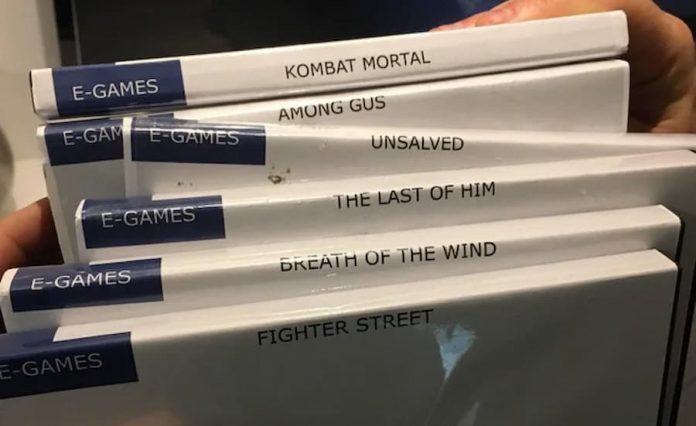 As revealed by Reddit, one Ikea store has fake games on display and they’re amazing.

To be honest, we’ve always been fascinated by the lengths furniture stores will go to to make their products look more appealing. Want to sell a bookcase? Stick some empty cardboard books in there. Worried that computer desk looks to bare? Why not put a moulded, plastic computer on top of it?

But these made-up game names, printed out and shoved into DVD cases  are amazing. They were posted to Reddit by several users, so we wouldn’t be surprised if the image has been floating around for a while, but we’re glad we stumbled across it.

The titles on display, minus cover art, include:

It’s obvious where most of these titles have come from, but Unsalved? We’re racking our brains trying to figure that out – one man’s quest to find his Savlon? Uncharted seems like the most obvious inspiration, but is there an Unsolved game we’ve forgotten about?

We would have plumped for Unfarted, but if that occurred to whoever whipped these up, we suspect they realised management would let them get away with it. Still, we’d love to see someone whip up some cover art for these.

Now, if you’ll excuse us, Streets of Dave 5 isn’t going to play itself.