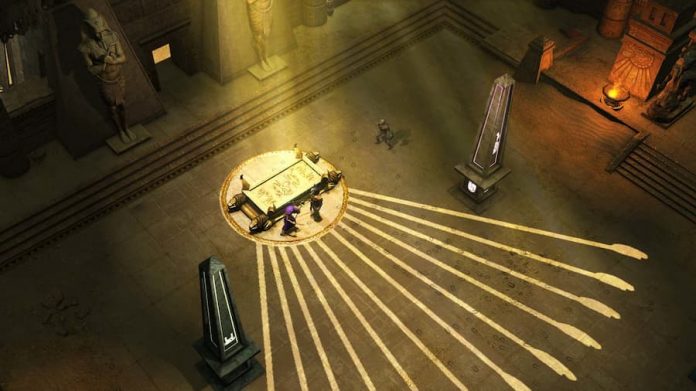 Titan Quest: Eternal Embers is a new expansion for the mythology-based action-RPG and it’s out now on PC.

It’s a bit of a surprising announcement, though not as surprising as Titan Quest: Ragnarök, which arrived ten years after the last expansion pack. Titan Quest launched back in 2006, on the PC, but eventually made its way to the PlayStation 4, Xbox One, Android and iOS platforms.

Is this a bad thing? No, not at all. We can think of quite a few long-running franchises, we’re looking at you, FIFA, where releasing an expansion pack instead of a whole new game would be more appropriate. True, we weren’t exactly blown away by Titan Quest when we reviewed the PS4 version, but THQ and developers Iron Lore must feel there’s enough interest to keep the series alive.

So what’s going with Eternal Embers, the fourth expansion for the game? Apart from the obvious Bangles jokes, that is. It mines Eastern and Egyptian mythology to deliver over thirty new enemies and several new locations. There are fifteen side quests as well as four main acts, but it’s the new armour that sounds particularly cool.

It poses an interesting question – do you roam around in your standard gear, sticking out like a sore thumb? Or do you swap it out just so you can fit in? We doubt the monsters are going to care but we’re not huge fans of mismatched armour, even if it is our ass-kicking outfit.

Whatever you choose, Titan Quest: Eternal Embers is out now for PC on Steam, for the princely sum of $19.99/£17.99, minus a 10% launch discount, and you’ll need the full version of Titan Quest: Anniversary Edition to play it. We suspect it’ll come to consoles but there’s no news on that as yet.