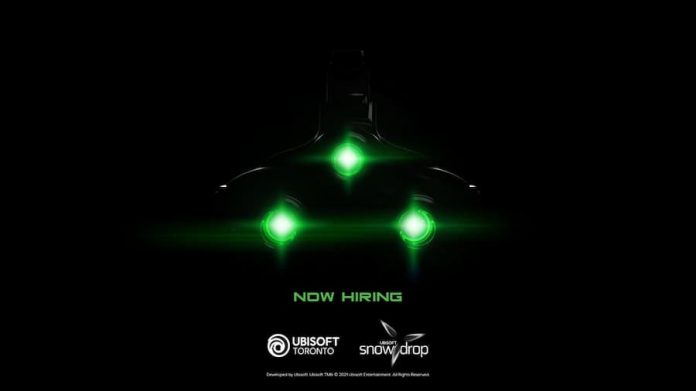 Splinter Cell is back but it’s a remake, not a sequel.

Yes, that’s right, Ubisoft is drawing a line under the series and starting Splinter Cell with a remake. And we’re.. sort of okay with that? Honestly, we’d all but given hope of getting a new entry in the Tom Clancy inspired stealth series. It’s been eight years since the last Splinter Cell game, Blacklist and despite a few brief cameo, protagonist Sam Fisher has remained retired.

The remake was revealed yesterday, along with an interview with the project’s creative director Chris Auty, producer Matt West, and technical producer Peter Handrinos. The interview reveals.. well, not an awful lot, really, except that the team is hyped to be involved in the project.

“I love the goggles as a symbol for Sam,” states West, suggesting that the reboot will, at least, retain Sam Fisher as its main character. We wouldn’t count on seeing Michael Ironside back; even though he’s voiced the character in all but Splinter Cell: Blacklist, Ubisoft may skip over him if they’re looking for a fresh start.

We are hoping that they drop the Tom Clancy name because, while it was endorsed by Tom Clancy, he didn’t pen the series’ politically-charged stories. And, given that he passed away some time ago, it seems odd leveraging his name. Well, unless Ubisoft has got a Ouija board somewhere.

There’s no news on a release date though, given it’s still in development, our money’s on a 2023 release. And if you can’t wait, just strap three torches to your head and hide in the corner of someone else’s room. They’ll never know you’re there.