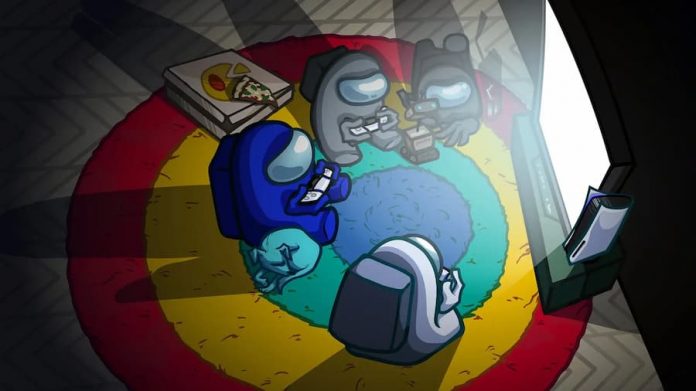 Wonder what people were getting up to this Christmas? They were playing Among Us, if December’s PlayStation download charts are to be believed.

There’s something fitting about Among Us, a game about paranoia, becoming a Christmas fixture. We dare say a few family gatherings had false accusations flying left, right and centre though hopefully they didn’t all end up with murder and/or throwing people out of an airlock.

If you’ve not played Among Us, you’re missing out on a treat. The reason for the aforementioned paranoia is that you’re on a ship, base or other outpost with several other people, one or more of whom is a murderer. It’s up to you to weed them out or, if you’re the murderer get away with dispatching everyone.

It was only recently released on the PlayStation 4 and 5, which makes its chart-topping position all the most incredible. Among Us came out on the 14th, meaning it’s beaten titles that have been out for a whole month.

That said, while Among Us is an awful lot of fun on the PlayStation, we do rather miss the PC version’s keyboard. Yes, you can type in words on a console, but it’s a lot fiddlier than falsely accusing someone on the PC and, when you’ve got 30 seconds to protest your innocent, that can make all the difference.

If you feel like getting away with murder, Among Us is out now on PlayStation 4, PlayStation 5, iOS, Android, Xbox One, Xbox Series X|S, Nintendo Switch and PC.