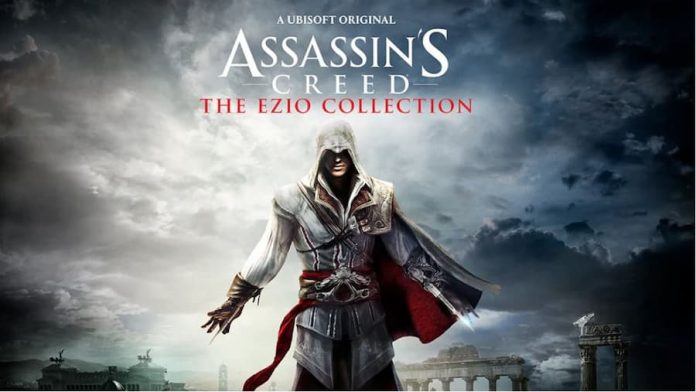 In just over a month, Switch players will be able to play what some consider to be the best Assassin’s Creed games wherever they go.

Ubisoft has today announced that Assassin’s Creed: The Ezio Collection will launch on Switch on 17th February.

A number of Switch exclusive features will perhaps make this the best version of The Ezio Collection yet. HD Rumble has been implemented, for example, as well as a touchscreen interface. Add in an optimised HUD and the fact that you can play it in handheld mode, and you have a trio of the best Assassin’s Creed games that are more accessible than ever.

Assassin’s Creed: The Ezio Collection is available to pre-order now. It will be available both physically and digitally. The announcement trailer can also be watched below.