Ghostrunner is a hard game. You’ll die, die, and then die again as you try to complete its thrilling campaign, but you’ll keep on going back for more. Why? Because its gameplay is so stylish and rewarding – the sense of achievement you feel when you finally clear a room of enemies is unmatched. Undoubtedly one of the best single-player games available right now on Xbox, later this year it’s going to get a free update to optimise it for Xbox Series X/S, too.

Richard said: “As long as you know what you’re getting yourself into with Ghostrunner, it might just prove to be your favourite game of the year. It’s certainly the most action-packed and exciting. It absorbs you in a world that’s dripping with atmosphere thanks to its stellar visuals, and its pumping soundtrack makes you uncontrollably tap your feet. The gameplay, though, is what will ultimately make you love it. It might take a few attempts, but when you finally clear a room of enemies in one continuous motion as if it was choreographed for a blockbuster movie, you can’t help but feel a great sense of accomplishment and awe.” 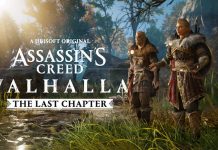 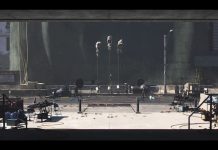