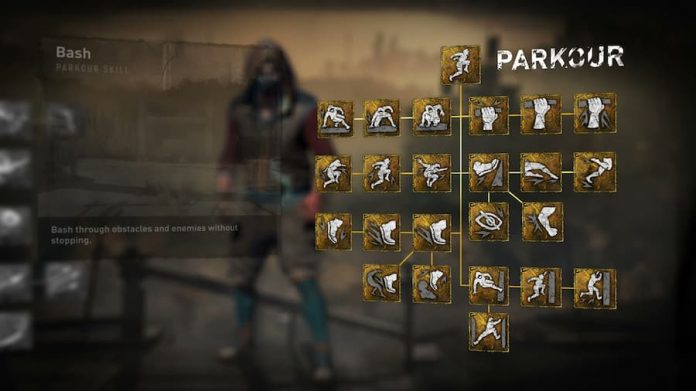 Dying Light 2: Stay Human, landing on PC and consoles this February, is set in a world where the dead have risen to consume the living, some mutating into even more horrifying forms. The few survivors have banded together but, aside from the dead, have to deal with raiders who want to plunder their precious resources.

Sound familiar? It should: there are more than a few zombie games and movies that feature a similar premise, Resident Evil Aftermath for a start. What set the original Dying Light apart and will also figure into this sequel is that you parkour your way around the city, sticking to the higher ground as much as possible.

The latest Dying Light 2 video, which you can watch by clicking here, shows that the skills tree, which you’ll presumably require experience to upgrade, includes over forty skills. The skills are grouped into “parkour” and “combat” and while the video doesn’t show every skill off, it highlights a few, such as ground pound or perfect parry.

However, the video’s real entertainment factor comes from trying to figure out what the unlabelled symbols mean. So far we’ve come up with:

We’ll have to wait until February 4th to find out what they really mean, which is when Dying Light 2 Stay Human arrives on PlayStation 4, Playstation 5, Xbox One, Xbox Series X|S, PC and, via the cloud, Nintendo Switch.