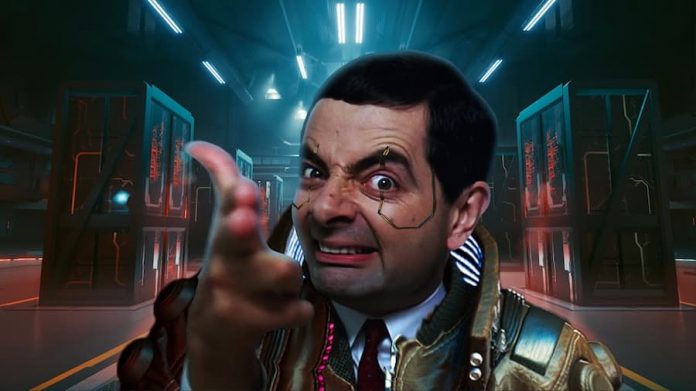 A talented YouTuber has, with the aid of a few mods, put Mr Bean into Cyberpunk 2077.

Surprisingly, the trailer doesn’t feature any randomly exploding cars, an event that sometimes still crops up in this sci-fi action-RPG. But, mostly borrowing footage from Bean: The Ultimate Disaster Movie, there are plenty of ridiculous cyber-shenanigans going on.

We won’t ruin too much of this minute-and-a-half-long video, but the sight of Mr Bean giving Keanu Reeves the finger certainly had us chuckling. We’re not sure if Bean’s ability to emerge from the most bizarre situations relatively unscathed would be enough to help him survive Night City’s legendarily dangerous streets but it’d certainly lead to some interesting encounters.

Aside from putting Mr Bean in Cyberpunk 2077, eli_handle_b.wav has also inserted Wesley Snipes’ Blade into The Witcher 3, which makes for some very entertaining viewing. We know that the MCU has recast the role with Mahershala Ali but we’d still pay good money to see him face off against Henry Cavill’s Geralt of Rivia.