Sony Pictures Classics has bought the rights to upcoming movie A Winter’s Journey, and it’s being made using Dreams.

Dreams, in case you’ve not had the pleasure of dabbling in it, is a PlayStation-exclusive tool, created by Media Molecule, the company responsible for Little Big Planet and its follow-ups. It can be used to create games, but enterprising Dreams creators have made animations, near photo-realistic landscapes and much more.

One team is creating an animated series, Noguchi’s Bell, and has successfully kickstarted the entire series. So what’s different about A Winter’s Journey? The difference is that this is a big-scale production, featuring known actors such as John Malkovich, Jason Isaacs and more. It’s being helmed by British director Alex Helfrecht, responsible for dystopian drama The White King. On top of that, Sony Pictures Classics have purchased the rights to it, whether they show in theatres or, given the ongoing pandemic, decide to stream it.

It’s set to blend live-action with CGI and painted backgrounds. Hang on… live action? Yes. Because, as reported by Deadline and confirmed by Media Molecule, it will make use of the tool but there’s been no confirmation that it’ll be created entirely in Dreams. It seems more likely that the Dreams footage will be blended in with the live-action footage in post-production.

The movie itself is an adaptation of Winterreise, Franz Schubert’s song cycle, so you can expect a gloomy fairytale journey. It doesn’t have a release date as yet, but we definitely want to see how this project develops. Is there a real benefit to using Dreams to produce movie-quality animation, compared to other tools? Or is it just a gimmick? We’ll have to wait and see. 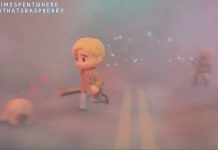 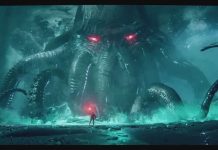