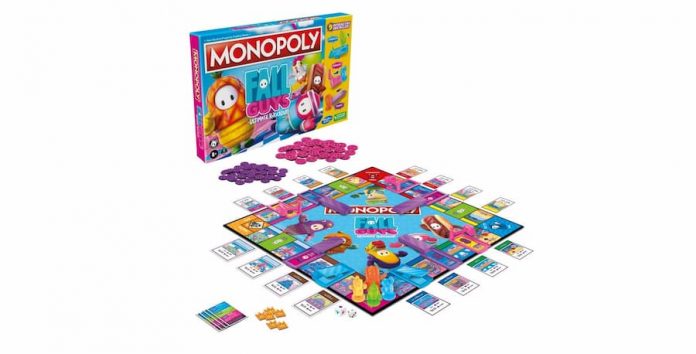 If you’d asked us which video game (after Fortnite and Five Nights at Freddy’s) would end up becoming a Monopoly set, we wouldn’t have said Fall Guys.

We’d probably have gone for Among Us, given that every other supermarket has shelves full of Among Us merchandise. But no, you can now get a Fall Guys Monopoly set. It’s available through Amazon US, but will be coming to other territories soon and.. we’re not entirely sure why.

Admittedly, the prospect of “yeeting” other players, a mechanic which has been added to this edition of the board game does give us a grin. If you’ve not tackled the original Fall Guys game it’s worth diving into, pitting you against up to an hundred other players as you leap, run and wobble your way around an assault course.

But Monopoly isn’t exactly a battle royale game so, while we’ve not got our hands on this set, it seems as if it’s just the base game with the aforementioned yeeting twist. It’ll sell, no doubt, but will anyone really want to play it twice when they could pick up a joypad and leap into the actual game?

Now, if someone could get working on Among Us Cluedo..