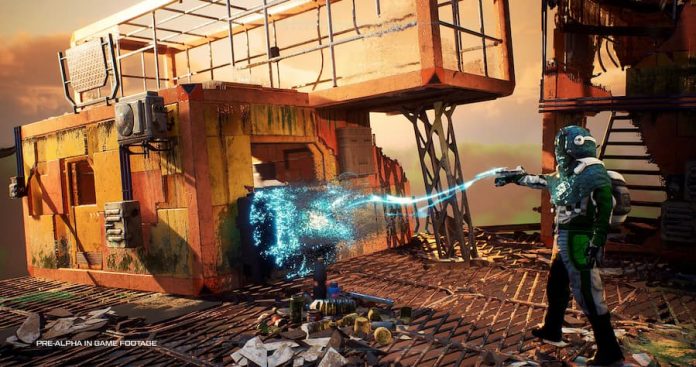 What would Earth be without people? Forever Skies invites you to find out, as you roam a dead planet.

Not unlike an aerial version of Subnautica, this survival game sees your scientist returning to Earth after humanity has ruined the planet. We’re assuming the human race has moved on and is now wrecking other worlds but in Forever Skies, your mission lies elsewhere.

You’re tasked with investigating the strange dust cloud that’s engulfed the now dead streets. You roam around in airship which is, essentially, your mobile base, upgrading it as you go, scavenging what you can from the ruined world. Oh, and there’ll be monsters, lots of mutated monsters, so you’re not technically alone.

In short, it sounds like it’s right up my street. The prospect of landing on top of a building, gazing down into the mist, just gives me the chills. It’s been an age since I played Under a Killing Cloud, which saw humanity relocating to skyscrapers, but it’s giving me the same haunting vibe.

Are you going to have the freedom to explore the whole planet? Almost certainly not. Subnautica used its ecological “dead” zone to to pen you and I expect Forever Skies will do the same. That said, I do have my fingers crossed that it’ll include a few recognisable locations, such as a ruined Chrysler building, or some other explorable landmark.

So when can you get your hands on Forever Skies? The final version won’t be out for a while but it’ll be entering Steam Early Access later this year and there’s also a next-gen console version in the works. In the meantime, you can wishlist it on Steam here.