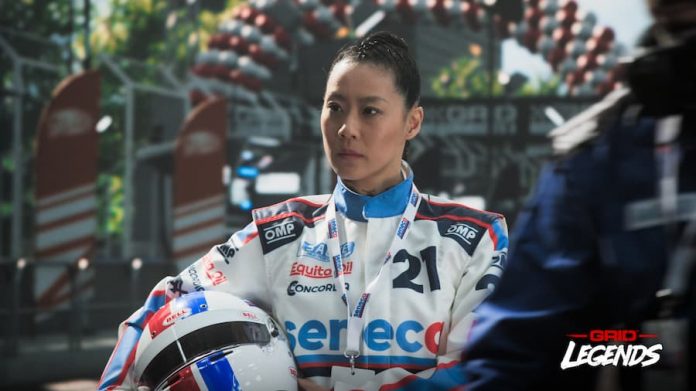 GRID Legends has some serious competition when it launches on 25th February.

While Horizon Forbidden West, which releases a week before, and Elden Ring, which releases the very same day, may be in very different genres, they’ll still be vying for gamers’ hard-earned cash. And that’s if they’ve got any left after the likes Dying Light 2 and Pokémon Legends Arceus. There’s Gran Turismo 7, too, available just a week later. It’s going to be tough. There are, however, some valid reasons why you may want to prioritise GRID Legends over the others.

There’s the fact that it’s the biggest GRID game yet, for example, boasting a story mode, career, race creator, and online multiplayer. In fact, when it comes to multiplayer, Codemasters has taken steps to make playing with others as seamless as possible. With just a push of a button, we’re promised you’ll be able to jump into a friend’s career, taking over control of one of their AI competitors. You’ve got to admit that’s pretty nifty.

We’ve already had one hands-on with GRID Legends, and it left us pretty impressed. Codemasters has let us loose with it once again, however, this time letting us play through its new story mode, Driven to Glory. Cast as the faceless Driver 22, it puts you at the centre of what’s presented as a fly-on-the wall documentary. Seneca is a team full of promise, but it just can’t seem to realise its potential. One of its drivers, Yume, is described as a prodigy, but one brilliant driver isn’t enough. And so, after catching the eye of Seneca’s owner, you’re quickly brought into the fold.

The first few events of the career, then, have you demonstrating your skills and proving you’ll be an asset to the team. Between each race a live-action clip will push the story forward, as well as introduce new characters to make the narrative that bit deeper and more interesting. While we can’t say too much, it’s safe to say you’ll experience the usual dramas associated with motorsports, such as jealous team members, technical setbacks, and competitors with overblown egos and/or their own interesting take on track etiquette. 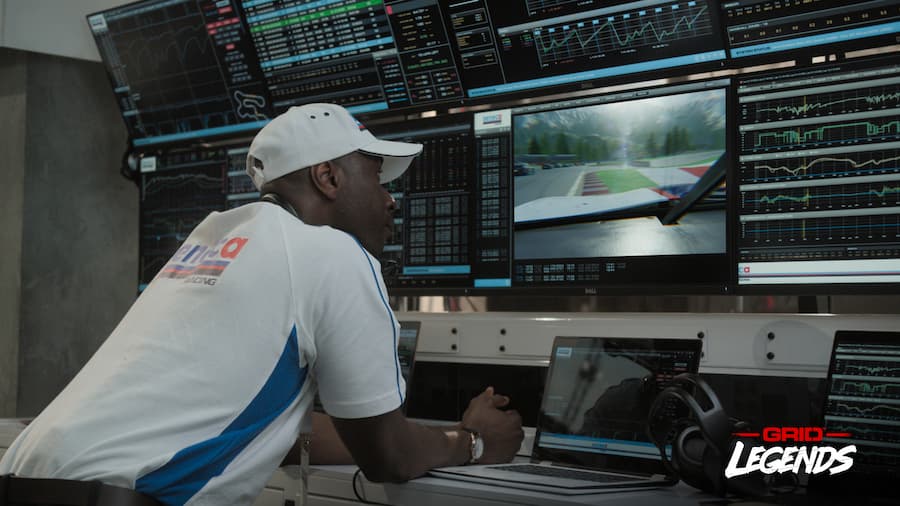 Created using the same cutting-edge technology as found in the likes of The Mandalorian, GRID Legends‘ story scenes do a convincing job of drawing you into the action, despite the acting on display being of varying quality. At the least, they do a good job of setting up the events that sit between them. Rather than just dropping you into one race event after another with the goal of simply winning, you’ll find yourself taking on various challenges. You might just need need to finish ahead of a certain competitor in a straight up race, for example, get used to driving a new car while smashing a time trial, or finish in a certain position or better in an elimination race. It likes to keep you your toes.

It’s the actual act of racing that’s the highlight here though. GRID Legends‘ handling strikes a really enjoyable balance between simulation and arcade. It’s ideal that you stick to the racing line, and you’ll certainly need to break for corners, but there’s a little bit of looseness that presents some leeway. You can get the back end out on corners without feeling like you’re being penalised for it, and with a large number of tracks being street-based, barriers often protect you from major catastrophe. Well, as long as you’re not playing with damage cranked up.

As fun as the handling is, it’s the AI of your competitors that really makes GRID Legends stand out. Instead of simply driving around the track like drones, they jostle for position, and will sometimes try to block you if you try to pass them. They make mistakes, too, sometimes poorly judging corners and jumps. It makes GRID Legends feel much more lively and dynamic – you just never know what’s going to happen. We’ve witnessed some chaotic scenes, from cars misjudging corners resulting in pile-ups, to epic near-escapes as trucks roll right over our heads. Combined with copious amounts of sparks as cars hit barriers or their competitors, and a damage system that has bits of cars falling off and littering the track, races can be electrifying affairs. 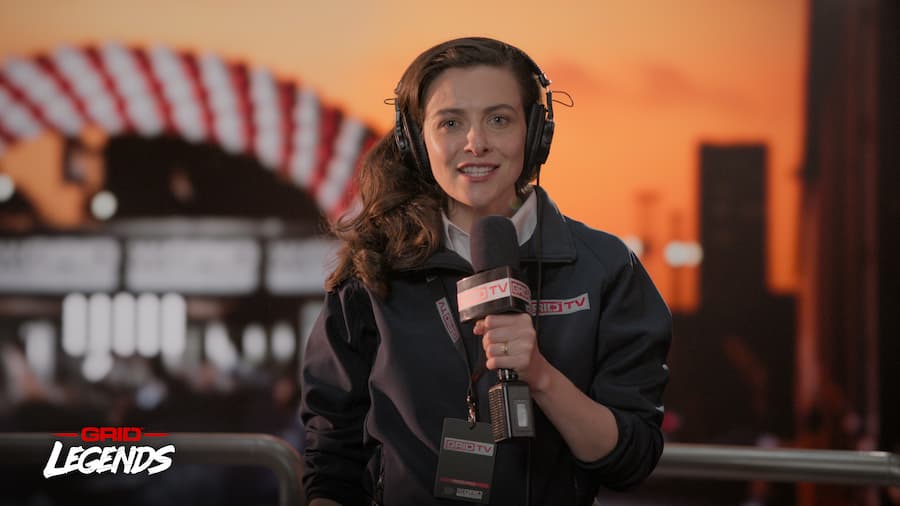 With over 30 events to complete, GRID Legends‘ story mode is likely to keep players occupied for at least five hours. Veteran racers might want to crank the difficulty up though. On normal difficulty we found ourselves speeding past our competitors with ease, which sometimes made the mid-race dialogue a little awkward. In one early race, for example, we were urged to keep pushing to beat a specific opponent, our team seemingly unaware that we were ahead of the pack by a clear margin. It also felt strange to consistently blaze past our teammate, the “prodigal” Yume. Turning the difficulty up until success is more of a struggle will pay dividends if you’re trying to immerse yourself in the narrative.

It’s a good sign that after going hands-on with GRID Legends once again, we can’t wait to play more. We want to finish its story mode to see how it ends, then dive into its expansive career mode, getting behind the wheel of a wide selection of cars. We’re also very keen to see how well its multiplayer works – the idea of friends being able to join our games with ease and race alongside us in career events is very exciting. Launching 25th February on PS4, PS5, Xbox One, Xbox Series X/S and PC, there isn’t much longer to wait. Keep your eyes peeled for more coverage as the release of GRID Legends draws near.