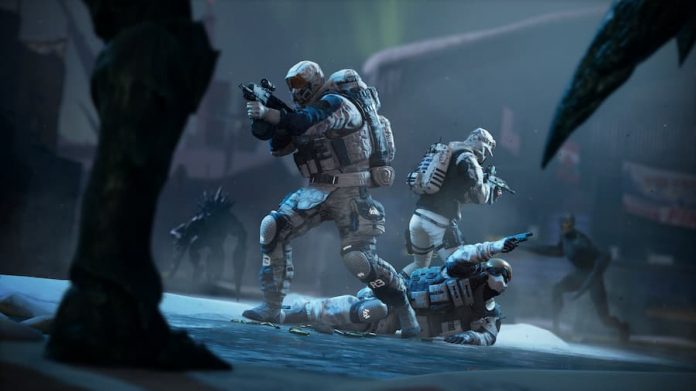 Wondering how many players you can play Rainbow Six Extraction with at any one time? Here’s what you need to know.

Rainbow Six Extraction is a team-based co-op PvE (player versus enemy) game, so it’s designed to be played in multiplayer. You can tackle its missions by yourself, but we wouldn’t advise it. While the game’s difficulty scales for how many people you’re playing with, many of its tasks are designed to be completed by multiple players. Being a lone operator is tough business. So: how many players can play Rainbow Six Extraction together?

In any one team, you can have three operators. So that means you can invite two more friends to join your squad. To invite friends, simply press the triangle button (or ‘Y’ on Xbox) from the game’s main menu. If you want to matchmake with random players, head to ‘quick play’.

Of course, you don’t need three operators. You can play as a duo with one other friend if you want. And as we said, you can go it alone, but it’s best not to. Teaming up with at least one other will give you the best chance of surviving in Rainbow Six Extraction.