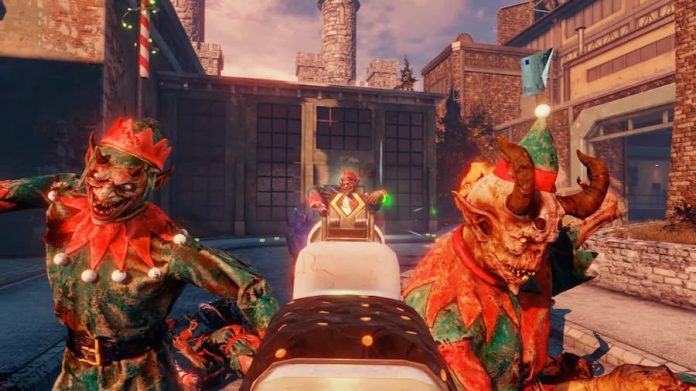 Since it launched in 2016, Killing Floor 2 has had over a dozen updates to the game, all free to play. And so, if you jump into it now, the amount of content on offer is simply astounding.

Sure, there are premium gubbins to buy if you want – premium weapons and characters, totting up to over £100 on Steam. But you don’t need any of that, of course. The important stuff – the maps, the game modes, the themed events; it’s all been added to the game for free, making the base game a bundle of incredible value.

If you’re not familiar with Killing Floor 2, it’s a co-operative shooter that tasks you with, well, shooting a lot of stuff. It’s wave-based, and it’s tricky, so if you want to survive you’ll need to work together with your teammates and keep your wits about you. If you die during a wave, you’re out of the action until the rest of your team completes it. You’re then ceremoniously brought back to life to join the fight in the next wave. Stop letting your team down, yeah? (Me. It’s usually me who lets the team down.)

By my calculations, there’s well over 30 maps in Killing Floor 2 now, all offering something completely different from the last. None of them are small by any means; there are plenty of nooks and crannies to wander around, and plenty of opportunities to get rushed by enemies. Maybe you’ll choose to stay out in the open, and wait for the enemies to come to you. Sometimes not a bad idea, but less than ideal when you find yourself surrounded. Perhaps you’ll choose to wander through rooms and alleyways instead, trying to pick off enemies before they have chance to pick you off first.

The latest map to be added is Carillon Hamlet, as part of the “Chop ‘Til You Drop” Christmas update. Christmas may be over, but some parts of Killing Floor 2‘s latest update will live on. The map will remain in the game for good now, as will the new game modes that were added (Boss Rush and Shrunken Heads). Chop ‘Til You Drop also changed enemies into Christmas-themed horrors; zeds became horrific elves, toy soldiers and gingerbread men for a true bit of festive fear.

Yes, Killing Floor 2 may be showing its age a bit now, but it’s still a very worthy contender for anyone looking for an immersive co-operative shooter. Its visuals, once top of their class, are now a little aged and rough around the edges. It hardly matters, though. The game continues to deliver where it matters: in its gameplay, and by developer Tripwire generously dishing out new content. This is a satisfying shooter, and taking down enemies will always feel rewarding. Not least because you’ll continually level up your chosen character class (there are plenty of those, too), earning new perks and unlocking new starting weapons as you do.

Perhaps the greatest thing about Killing Floor 2 is that, despite the fact it’s been around six years, it doesn’t matter if you’re a brand new player. It’s a co-op shooter after all, not a massively multiplayer or PvP experience. So it doesn’t matter if your teammates have more experience than you. As long as you can point a gun and shoot it at an enemy, you’re good to go.

Killing Floor 2 is available on PC, PS4 and Xbox One (plus PS5 and Xbox Series X/S via backwards compatibility). If you’re yet to play this and enjoy some fast-paced wave-based shooting, what are you waiting for? 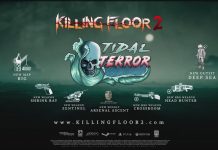