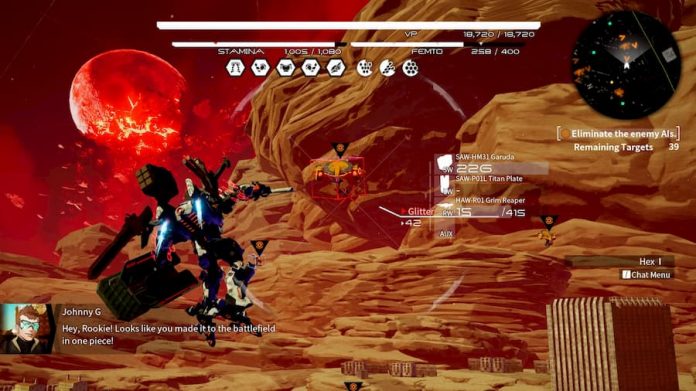 The Epic Games Store keeps firing out freebies and the next title, arriving next week, is Daemon X Machina.

Sure, the freebies aren’t coming as fast as they were over Christmas but, hey, free games! And, going by the store blurb, Daemon X Machina sounds like an awful lot of fun. “Pilot your fully customizable Arsenal mech and join your fellow mercenaries in defending humanity from the corrupted machines and gigantic robots,” it reads.

We’re certainly suckers for a good mech game – we’re equally at home with giant, slow-moving tank style mechs or Gundam style fast-moving mechs. Granted, some games don’t quite nail the sense of scale but that alone isn’t usually enough to sink a game. However, we weren’t all that struck by Daemon X Machine when we reviewed it, awarding it a so-so 5 out of 10.

We concluded that it has “..many of the ingredients of a great mech combat game but it’s… flat, lacking in flavour, and gets stale all too quickly.” We also discovered that the robot were were shoved into had absolutely no sense of weight. Still, if you want to take the PC version of Daemon X Machine for a spin, it’ll be available free from January 27th from the Epic Game Store up until February 3rd.