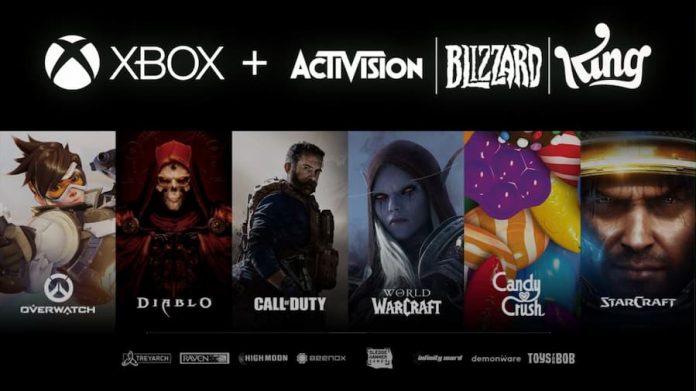 Out of the blue, Microsoft has announced that it has agreed to acquire Activision Blizzard. Yes, really.

In a post on Xbox Wire, Phil Spencer, CEO of Microsoft Gaming, announced the acquisition. It’s a deal worth a reported $68.7 billion. For context, ZeniMax was acquired for a relatively small sum of just $7.5 billion.

“Over many decades, the studios and teams that make up Activision Blizzard have earned vast wellsprings of joy and respect from billions of people all over the world. We are incredibly excited to have the chance to work with the amazing, talented, dedicated people across Activision Publishing, Blizzard Entertainment, Beenox, Demonware, Digital Legends, High Moon Studios, Infinity Ward, King, Major League Gaming, Radical Entertainment, Raven Software, Sledgehammer Games, Toys for Bob, Treyarch and every team across Activision Blizzard”, he said.

As any avid gamer will know, Activision Blizzard owns many popular video game properties. There’s Diablo, Overwatch, Crash Bandicoot, Tony Hawk’s Pro Skater, and of course, Call of Duty. Does it mean that these games will be exclusive to Xbox consoles and PC in the future? Quite possibly. We imagine that games currently in development such as Diablo IV will still release on PlayStation consoles, however.

Perhaps more interestingly, could the acquisition lead to the revival of some dormant IPs such as Guitar Hero? It seems like the perfect fit for Game Pass – the base game included for free, and a library of songs to be purchased separately.

What’s not mentioned in the Xbox Wire post is the controversy around the culture of Activision Blizzard. Is the acquisition dependent on Activision Blizzard cleaning up its act? Does Microsoft plan to sort it out itself? It was only in November last year that Phil Spencer was reportedly evaluating Xbox’s relationship with Activision Blizzard, after all.

We’ll have more on the story as it develops.