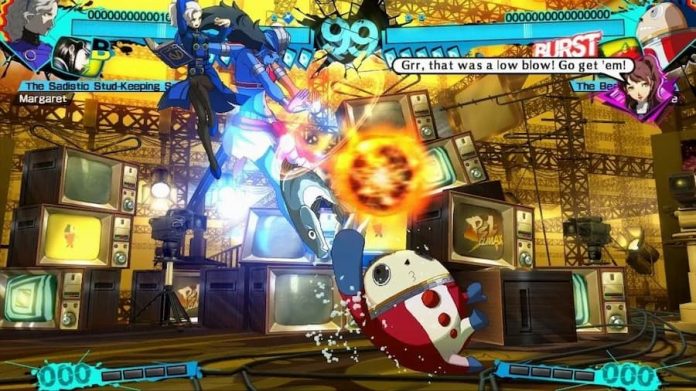 Persona 4 Arena Ultimax has a new trailer, proving once and for all what gaming’s worst job is.

No, we’re not talking about the poor so-and-so who has to mop up the blood after the Persona franchise’s characters start laying into each other. Nor do we mean the video editor who had to put this trailer together – yes, as a video editor you’re going to get a few Clients From Hell, but we love the idea of crafting awesome trailers and promos.

Certainly, whoever put Persona 4 Arena Ultimax’s new trailer together has encapsulated the sheer, ridiculous wonder of the game. It can’t be easy to persuade PlayStation 4, Nintendo Switch and PC Players that they should fork out for an eight year old game which first hit the Xbox 360, PlayStation 3 and arcades in 2014.

On top of that, Persona 4 Arena Ultimax is the sequel to a spin-off from an RPG series that was a spin-off from an earlier series. So you’ve got to pull in both established fans and those who are looking for a Guilty Gear style brawler. How do you do that? By going completely over the top.

Even if you’ve never touched a Persona game, you can’t help but be wowed by a game that sees you hurl someone into the air in a massive green tornado, or summon some Egyptian demon’s floating torso; the sax-heavy music is just the icing on the trailer-cake.

No, the worst job in gaming has to be coming up with ridiculous made-up titles for these fighting games. Super Street Fighter 2 Turbo at least made some sort of sense, but Ultimax? That’s not even a real word. We wonder how many hours it took, mentally mashing together words, to come up with that one.

Silly title or not, Persona 4 Arena Ultimax will land on the Nintendo Switch, PlayStation 4 and PC this March 17th. Now, if you’ll excuse us, we’re off to trademark Mortal Kombat 11: Poggers Edition.