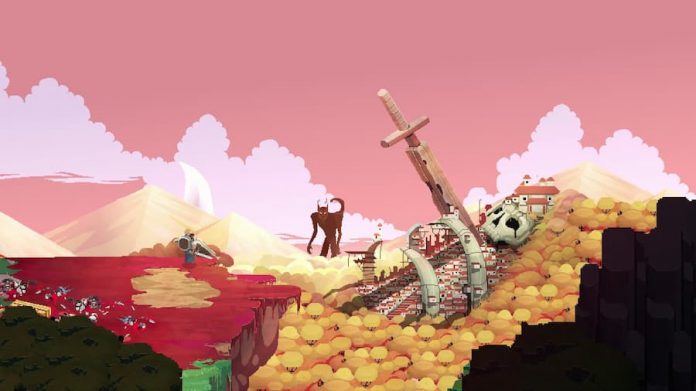 After being pencilled in for a 2021 release, No Place for Bravery has been pushed back till later this year.

Not to be confused with No Plaice For Bravery, an animated movie about a cowardly fish, this pixel-art action RPG sees your bearded, grizzled warrior going on a quest to rescue Leaf, his missing daughter. How hard could that be?

Well, beside the many, many monsters between protagonist Thorn and his daughter, it could well be that he’ll have to deal with some family drama as well. Earlier trailers showed him fighting with a child – presumably Leaf – her on his back but given that No Place For Bravery’s blurb dubs her his “long-lost daughter” we suspect there’s more here than meets the eye.

The game has been delayed in order to “Benefit from additional care and craftsmanship to fully realize the developer’s vision of a timeless dark fable about the thin line between heroism and obsession.” Maybe No Place For Bravery contained insufficent amounts of misery and regret, or perhaps the already cool-looking combat needed a little extra polish.

Either way, No Place for Bravery is now set for a Q3 2022 release. It promises to be a challenging outing, featuring enemies who “..won’t give you an inch”, and will be arriving on the PC and Nintendo Switch. You can check out the trailer above or wishlist it on Steam here.