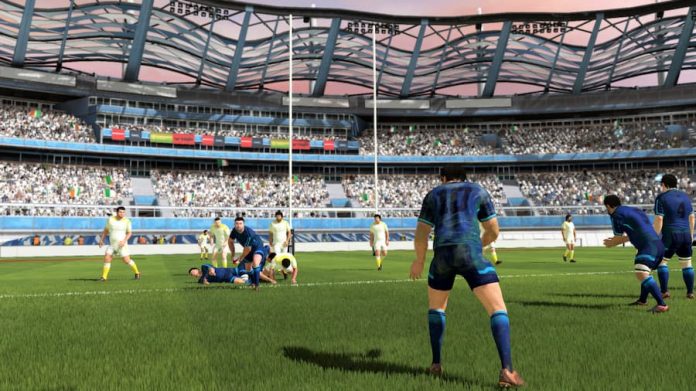 If you’re a rugby fan, there’s isn’t much choice when it comes to video games.

The good news is though, that EKO Software had another crack at the sport with Nacon once again on publishing duties. Rugby 22 aims to improve on its predecessor in numerous ways, and while it is indeed perhaps the best recreation of the sport yet, it’s still far away from being perfect.

Boot up Rugby 22 and jump into a game and you’ll find that the pace is faster then ever. There’s also a little more depth when it comes to gameplay elements such as rucks and scrums. Unfortunately though, the action can feel very messy at times. Players swarm around the pitch, absolutely fixated on the ball, and it can lead to gameplay that frequently feels overly chaotic.

Passing can also be a bit of a pain. Who you pass the ball to depends on how long you hold down either the left or right shoulder buttons. Tap them, and you’ll perform a short pass to  a player close by. Hold them and you’ll toss the ball further afield. The trouble is, in the heat of the moment it can be really hard to get the distance just right, especially with the cursor gaining speed the longer you press a button.

Off the pitch, there’s the usual issue with licensing, too. While you’ll find correct player likenesses and names with some teams, it’s not across the board. It’s not so much an issue when you’re actually playing, but it’s a bit off-putting seeing your team identified as simple black silhouettes in menus, etc.

One notable aspect of Rugby 22 is that it’s the first rugby game to land on next-gen consoles. We’ve been hands-on with the PS5 version, and while it’s far from being the best-looking game by any stretch of the imagination, it’s at least serviceable. It does perform well, with no noticeable performance issues.

For those wanting to enjoy a game of rugby from the comfort of their chair, Rugby 22 will do the job just fine. Besides, what else are you going to play? There are enough improvements here to make it a worthwhile purchase, and there are plenty of modes, too. As well as the usual career and quick match options, you can take the action online, engage in special events, and aim to complete a wide variety of challenges. It won’t set your world on fire, but Rugby 22 should hopefully please fans of the sport looking for something new to play. 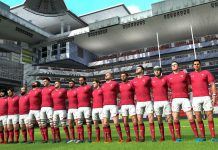 Five Reasons to Be Excited About Rugby 20