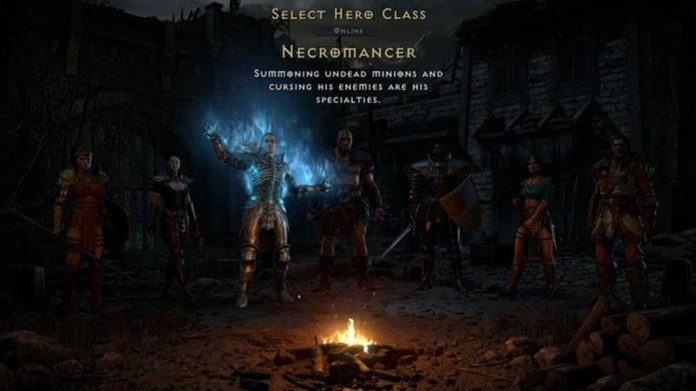 If you want to play the Necromancer and you’re not sure where to start, this guide will help you. We’ll be sharing some tips and tricks on how to use the Necromancer more effectively so you too can play on the harder difficulties. There are a few specific builds for the Necromancer, which you can see below, but in this article we will be focusing primarily on the Summoner Necromancer. It offers great survivability and has very good potential in both co-op and in solo play.

The main stats you will be focusing on for your Summoner Necromancer – or “summonmancer” – are the following:

Beginner build to get you started

The Necromancer is very squishy early on in Diablo II: Resurrected. That’s especially true if you are investing in Poison and Bone spells. They are the most effective for end-game, but very difficult to start the game with. If you are starting out as a Summon Necromancer, you’ll want to primarily focus on Raise Skeleton and Skeleton Mastery. You should also invest some points into Amplify Damage and Corpse Explosion.

For gear, try to equip anything with +Skill, +Vitality and +Mana regeneration. You should also try to stock up on some Tir runes. This, when socketed, will provide you with +2 mana per kill.

The table below suggests how to level up your Summoner Necromancer in the early game of Diablo II: Resurrected.

Runes and Runewords can make or break your playthrough. If done right, your character will perform completely different. If you don’t know what runes and runewords are, we recommend you read this very helpful high runes guide. The best runewords for the Summoner Necromancer are:

Apart from its minions, the Summoner Necromancer also relies heavily on gear that increases +Skill damage. That’s because everything you summon is part of your skills. So, naturally any gear that grants +Skill will boost all your minions’ damage output. The following gear is recommended for the Summonmancer.

With the right build, the Necromancer can be a very enjoyable character to play as in Diablo II: Resurrected. There is just something about summoning and controlling the undead that appeals to us. And, the Necromancer just looks cool. Sure, the Necromancer might not have as many builds and variety compared to other classes, but there’s still a build for everyone, regardless of your playstyle. No matter which Necromancer build you decide to go for, it’s a rewarding way to play.

If you are playing and feel stuck, check out some of the many D2R ladder items available on SSEGold. It might just give you the boost that you need.