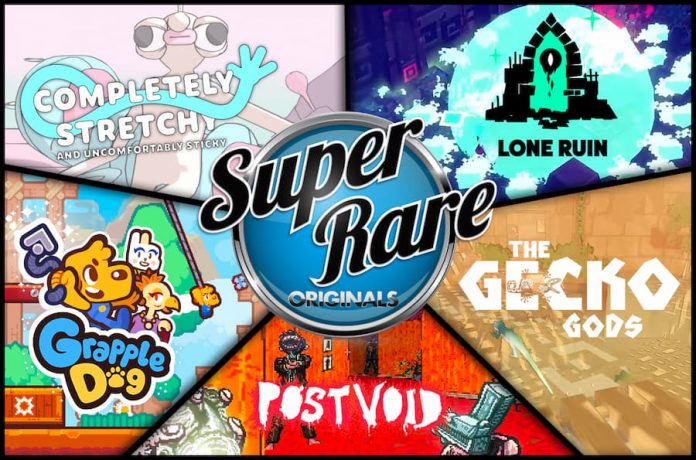 But… hang on, Super Rare Games has been publishing games for a while now, putting them out as physical Nintendo Switch releases, not unlike Limited Run Games or Signature Edition Games. The difference is that Super Rare Originals will handle digital publishing, and will cover a range of platforms, not just Switch.

Grapple Dog, which we tried back in October, is one of the titles that’ll become a Super Rare Original. Manic shooter Post Void will also join the line-up as will Gecko Gods, The Lone Ruins and Completely Stretchy. Unlike the the other four, Post Void has already been published via Steam, so it’s the console versions that Super Rare will be handling.

“We only sign games we are genuinely, personally passionate about; as with all aspects of our business, our main motivator is simply wanting to work on cool things with cool people,” reads Super Rare’s statement.

Super Rare has worked with a wealth of developers when putting out their physical Nintendo Switch releases, so the company should have enough experience and know-how to pull this off. Yes, indie developers can self-publish, and many do but, as this GamesIndustry.biz interview notes, it can be a trial, particularly if it’s their first game.

None of the Super Rare Original titles have a release date, though we have our fingers crossed that Grapple Dog is the first. There are other titles waiting in the wings, but Super Rare is keeping those cards close to their chest. 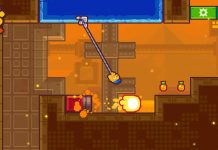 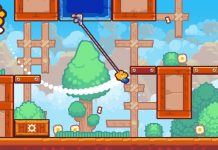 Grapple Dog is Swinging Onto Xbox Alongside a Physical Switch Release 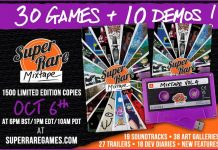 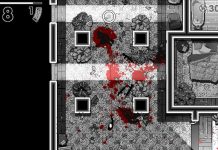