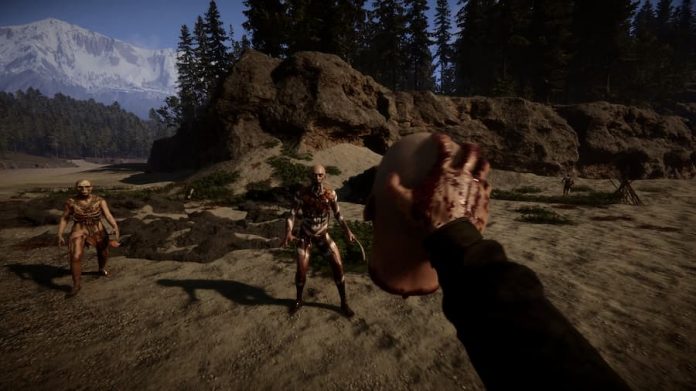 Sons of the Forest, the sequel to the YouTube-friendly The Forest is arriving this May, giving you another reason to build yourself a treehouse.

Why a treehouse? Because in the original The Forest, unlike thematically similar games like Green Hell, the “cannibalistic mutants” would actively seek you out, even if you stayed on the beach and sobbed into your survival supplies. So the first thing we did, upon crashing on the island, was to build a treehouse so we could nap without worrying about them murdering us in our sleep.

Whether that’ll work in this sequel remains to be seen but going by the trailer, it’s more of the same, only prettier and scarier. Developers Endnight Games have been relatively tight-lipped, but we do know from the previous trailer that the environments will be a little more varied.

There is, for example, a snowy zone where you can build your own Christmas card style cabin. That, in turn, makes us wonder, is setting up camp in a colder area a good way of keeping the mutants off your back? Or are they going to start wearing fleeces before they rock up, weapons in hand?

Speaking of the mutants, the trailer has a Cannibal Holocaust vibe which has left us feeling a little uncomfortable, more so than Green Hell. Whether that’s a positive or negative, gameplay wise, remains to be seen.

You can get your hands on Sons of the Forest this May 20th when it lands on the PC. And if the previous entry in the series is anything to go by, it’ll also make its way onto consoles and be hugely, hugely popular with YouTubers. 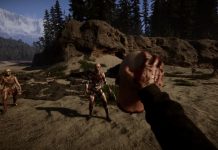 Survival Sequel Sons of the Forest Has Been Delayed Until October