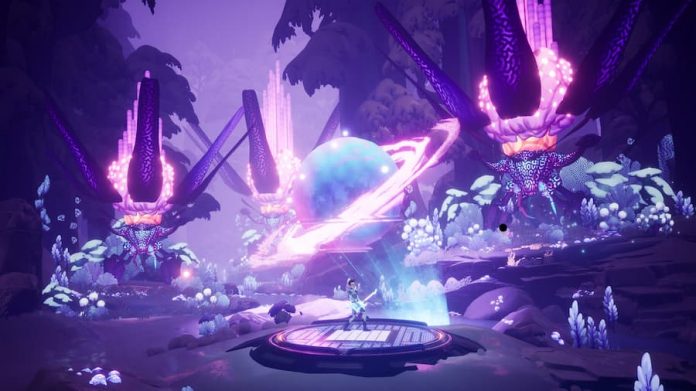 Are you ready to rock? No, we’re not getting a second, ill-advised Guitar Hero reboot. Instead, The Artful Escape is coming to Switch and PlayStation.

The Artful Escape is a musical adventure that sees budding guitarist Francis Vendetti living in the shadow of his famous uncle, struggling to strike out on his own. It starts off in a small, relatively unassuming town but then cranks things up to 11 as you rock your way around the galaxy.

Developed by Beethoven & Dinosaur and published by Annapurna Interactive, it was released onto the PC and Xbox last year, also hitting Xbox Game Pass and PC Game Pass. But as of next week you’ll be able to experience Francis’s exploits on the PlayStation 4, Playstation 5 and Nintendo Switch.

That said, if you are planning on taking The Artful Escape on the go, we strongly advise you bring a decent set of headphones. Yes, its psychedelic visuals are spectacular, but the soundtrack is equally astonishing. As we said in our review, “Music is at the heart and soul of this game”, awarding it an impressive 8 out of 10.

The Artful Escape will arrive on PlayStation and Switch this January 25th. Or, if you can’t wait, you can pick it up right now on Xbox and PC.