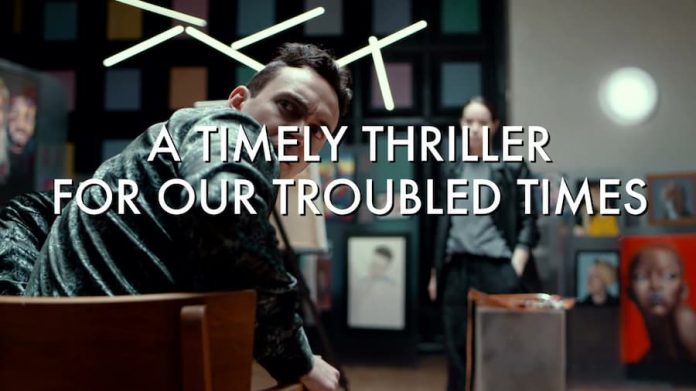 Interactive FMV game The Gallery’s premise is, surprisingly, the least interesting thing about it.

That’s not to say there’s anything wrong with this upcoming game’s story, which sees an artist threatening to blow up a gallery, curator included, unless their demands are met. The fact that the game straddles two timelines, each with a different protagonist, is also quite intriguing.

But that’s eclipsed by the revelation that, while the game launches on PC, console and mobile this April, it’ll also being rolled out into UK cinemas. You’ll be able to attend a special screening and, by waving a glowstick, vote for whichever on-screen choice you want to go with. The “movie” will follow the audience’s chosen path, until matters reach their conclusion, explosive or otherwise.

It’s not the first example of an audience being able to influence a show or movie’s outcome. We used to watch a comedy show called Let the Blood Run Free and, when the show aired in Australia, people would dial in to vote for one of two end-of-show options.  The Gallery’s method is, however, lot faster and, if you really get into the spirit of things, seems like it could be a blast.

However, there’s one big snag – Coronavirus. The trailer features a test screening which does feature a degree of social distancing, though the front section of the room remains unused. But, still, launching a potentially interactive experience at a time when people may think twice about going to the cinema (and with a relatively new variant around) seems like an odd call.

Creators Aviary Studios have yet to announce which cinemas will be hosting the interactive version of the game but you can expect more information nearer the time. The Gallery will arrive on PC, Nintendo Switch, Xbox and PlayStation consoles, iOS, Android and cinemas this April.