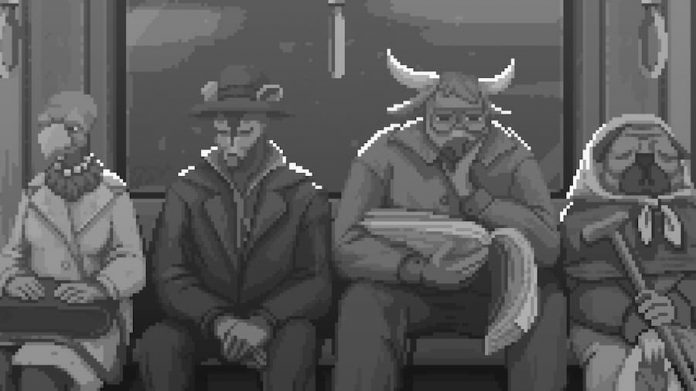 With a running time of around two hours, The Longest Road on Earth is the perfect game to play in one sitting.

Devoid of any text or dialogue, The Longest Road on Earth allows you to observe the lives of four individuals. As over twenty original songs play out, you’ll interpret their stories in your own way, carrying out rudimentary actions as you go. You might simply hold down a button to drive down a long country road, for example, or serve coffee in a diner. It may not sound like much fun, but chances are you’ll be captivated.

There’s a lot of discourse over whether games are art, and The Longest Road on Earth certainly makes the case for rather than against. The visuals may only be black and white and rather pixelated, but great care has been put into every scene and animation. And to back up the action on-screen, the music has been carefully created and curated to add context. You’re essentially starring in a series of music videos as you play – it’s like a concept album with visuals.

To me, The Longest Road on Earth is about a woman reminiscing about the love of her life who’s now unfortunately gone, a piano tuner who dreams of playing on a grand stage, a couple of employees at a dock whose lives are far apart yet so similar, and a young child growing up in a broken home. Yet you might play through the game and interpret things in a different way. That’s the wonder of The Longest Road on Earth – it makes you think. 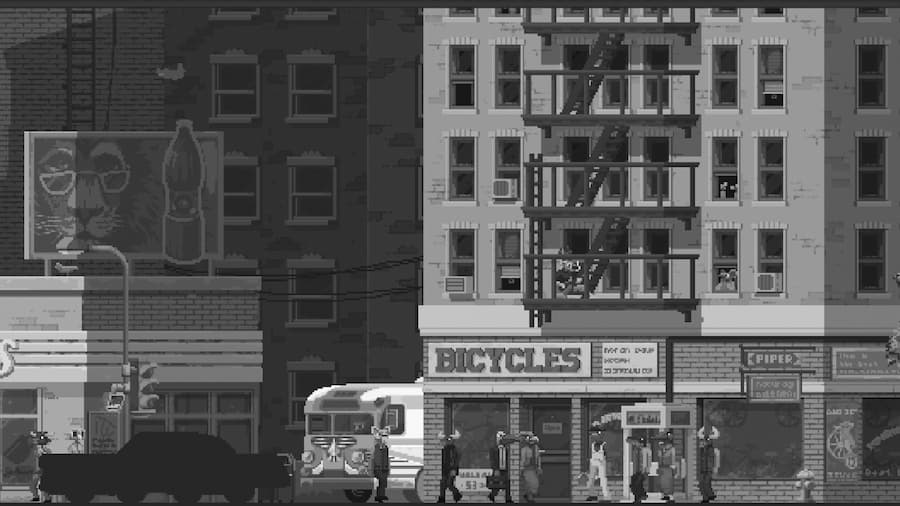 It’s just a shame that the bits you play vary so much in their interactivity. While some tasks are mundane, like cleaning a floor with a mop, there’s at least something for you to do while listening to the game’s sumptuous soundtrack filled with haunting lyrics and wonderful vocals. Even just walking down a long street is turned into an enjoyable activity. But there are a few times where you’re expected to just sit back and stare at a largely static image for a couple of minutes or so, and your interest may wander.

For those who enjoy thoughtful narrative adventures, it’s easy to recommend The Longest Road on Earth. It’s brief but very moving, and there’s every chance you might play through it more than once given its fantastic soundtrack and the way its story is open to interpretation. On another playthrough you might notice a detail in a scene that changes how you view it, for example. There’s one thing for certain: The Longest Road on Earth makes an impact.

This review of The Longest Road on Earth is based on the PS5 version, with a code provided by the game’s publisher. It’s available on PS4, PS5, Xbox One, Xbox Series X/S, Switch and PC.