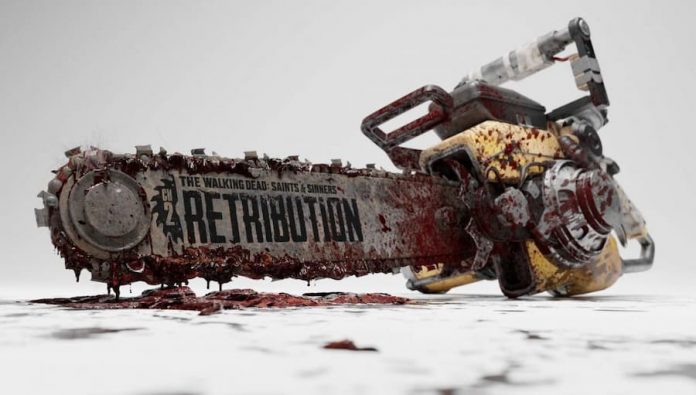 VR zombie-slaughtering game The Walking Dead: Saints & Sinners is back, with a second chapter that will see you exploring New Orleans’ French Quarter.

And by “exploring”, we mean creeping forward, terrified that there’s a walking corpse round every corner. Saints & Sinners is one of VR’s killer titles, and we don’t just mean that because of the shambling foes you end up facing off against. Available for PC, PSVR or Oculus Quest, it shows just what can be accomplished using the technology.

And now, it’s getting a second chapter, titled The Walking Dead Saints & Sinners – Chapter 2: Retribution. Once again, you’ll play as “The Tourist”, armed with whatever you can get your hands on. But, surprisingly, you won’t need the original game to play it. Instead, it’ll be a standalone title, available to purchase separately.

That’s good news for newcomers to the series, though there’s no word whether those who’ve purchased the original game will get a discount on the second episode. In fact, there’s not an awful lot of additional information right now. Developers Skydance’s announcement was made to coincide with the second anniversary of the original game; they plan on releasing more information later this year.

It wouldn’t be our second anniversary without a surprise. Hold on to your heads, tourists, The Walking Dead: Saints & Sinners – Chapter 2: Retribution is coming. 😈 #TWDSS #secondanniversary #Chapter2 #Retribution pic.twitter.com/ajibDagmKP

You can count on it coming to the PC and the Oculus Quest, though there’s a question mark over whether it’ll hit PlayStation VR. Chances are that, by the time it’s out, PlayStation VR2 will have a concrete release date, so it seems unlikely Skydance would release it for the original PSVR. We’ll let you know when we hear more but we’re looking forward to tangling with the undead a second time.