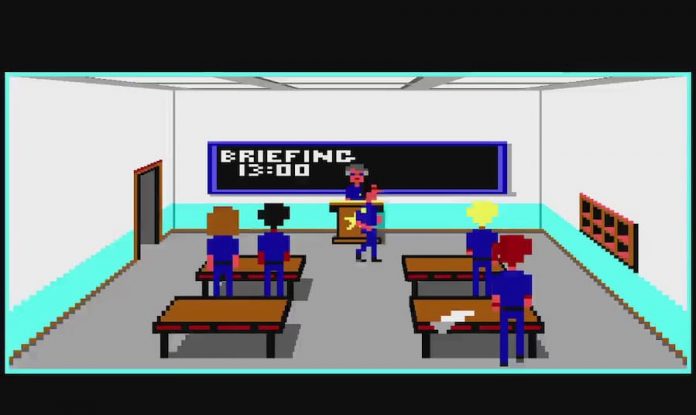 Ever wanted to play Sierra’s original adventure games in full 3D? This tech preview imagines what that might be like.

True, there’s no indication that developer “mausimus” is actually going to release an interpreter that makes Police Quest, Leisure Suit Larry and other Sierra AGA adventures 3D. Instead, the tech preview uses Police Quest’s police station area as an illustration of what might be possible.

And you know what? It’s pretty amazing. Employing a custom renderer and voxels, the engine retains the pixelated characters of Police Quest, but makes the the rooms themselves 3D. Furthermore, instead of just clicking on a room and having it load, mausimus’s tech preview turns them into a series of interconnected locations.

Would it be possible to render an entire Sierra game to play this way? In theory, yes. But it would definitely require work. For a start, you’d need to tell the engine which locations were in the same area, so it’d know to stitch them together. That said, 3DSen accomplishes something similar, giving NES games a 3D appearance, so it’s not impossible.

Mausimus might not, as far as we know, plan on breathing new life into Sierra’s 80s catalogue, but they do intend on using this new engine to create a game. You can follow them on Twitter to see what wonders they end up building.