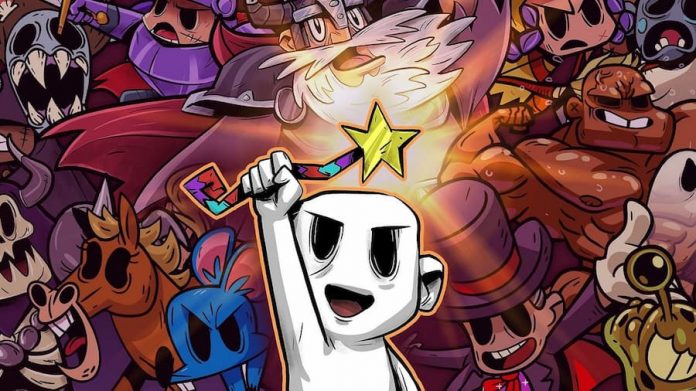 Playing Nobody Saves the World? Let us help!

Nobody Saves the World, the latest game from Drinkbox Studios, the team behind the wonderful Guacamelee!, is every bit as whimsical and fun as you’d expect. This time, the adventure takes the form of a light action-RPG. And rather than playing as one character, you can take the form of over a dozen different character types. You might be a rat one minute, then a mermaid the next. Or a wizard. Or a bodybuilder. Or a dragon. Yes, this is a zany game, but that’s what makes it so much fun.

While Nobody Saves the World isn’t a difficult or complex game to get to grips with, we’ve picked up a few tips during our 20-or-so hours with the game. And so we figured we’d share what we’ve learned with you. Have fun!

You don’t need to unlock all forms, but you probably should

You’ll need some forms to progress in Nobody Saves the World. For instance, only the Mermaid or the Turtle can swim, so you’ll need them to reach certain parts of the map. You’ll also need certain attack types that only some forms have, like the Magician’s Light attack.

It does pay to unlock all of them, however, although it may take a while. Each form has three new attacks that can be assigned to any other form – and some of them are incredibly powerful. The bigger your roster of characters and skills, the easier you’ll find your time with the game. 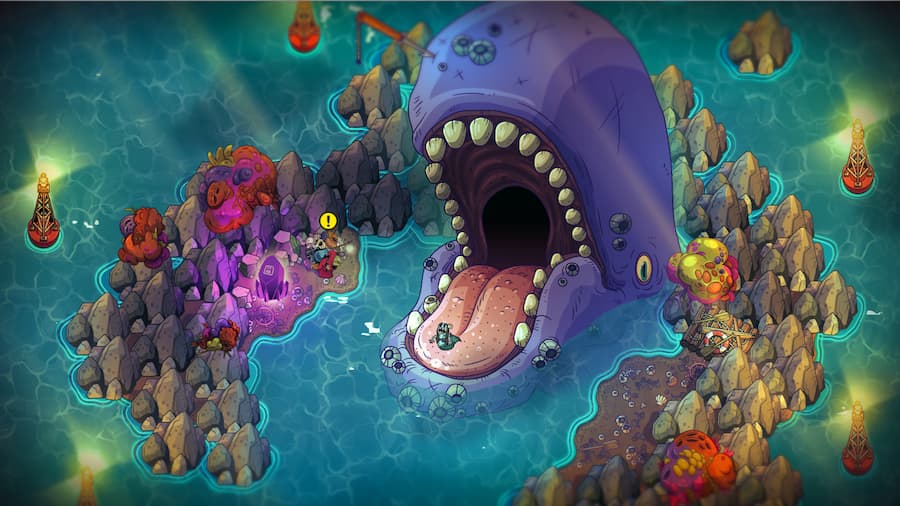 Make use of the Monk’s Holy Light attack

Holy Light, Batman! This attack of the Monk is super powerful, and one of the only attacks in Nobody Saves the World that can damage a huge area all at once. The Holy Light rains down, well, holy light across the entire screen. It’s perfect for managing huge crowds of enemies, and honestly, we’re not sure how we’d cope without it. You’ll need to unlock the Monk and level them up to at least ‘C’ grade to unlock this – which is fairly easy to do.

Explore nooks and crannies on the world map

There are a lot of hidden areas on the map to poke around in, and most of them will contain chests, or better, mana fairies (we’ll get to them shortly!). There are also some hidden challenges to be found by poking around – as always in games of this type, it pays to explore.

Collect as many Mana Fairies as you can

There are over 30 Mana Fairies to collect, all dotted around the map of Nobody Saves the World. Finding these is the only way to increase your base Mana level. And you’ll want as much Mana as possible, since you’ll need it to use any secondary skills or abilities. Many of them are easy to find, though some require particularly good sleuthing or a specific character to find.

As soon as you unlock either the Mermaid or the Turtle, go swimming! These are the only two characters who can swim (with the exception of the dragon, who can fly over water, but you’ll unlock them last). Heading to the water will allow you to access many new areas you couldn’t reach before, and plenty of secrets are hiding across rivers and lakes, so get exploring.

Experiment with characters and abilities

You’ll probably have a favourite character (we love the Necromancer!) but it’s worth experimenting with as many of them as you can to find the ones that work best. Different forms will be necessary in different situations, but by and large, when you’re simply exploring the world, you can take whatever form you like. Mix up your abilities, find a good combination, and ensure you can cover as many enemy Wards as possible.

Nobody Saves the World throws a ridiculous amount of quests at you. Seriously, you’ll never be short of something to do. Some of these quests are tied to your character form, but some can be completed with any. Pay attention to them, and try to complete as many as you can with as many characters as you can. Not only are they easy ways to earn stars – which you’ll need to progress through the game – but levelling up characters means unlocking new abilities. 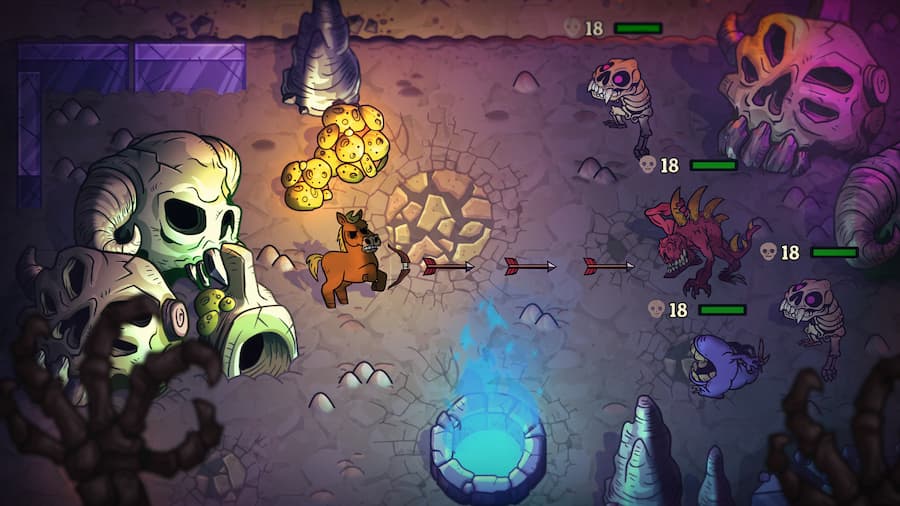 Notice those blue little coins with arrows on that you sometimes pick up after combat or from a chest? They’re upgrade tokens, and with them, you can upgrade your forms’ skills. Head into the main menu to see what you can upgrade. You’ll need to level up forms by completing quests in order to upgrade skills fully, so each time you gain a new level/grade, it’s worth checking to see what you can upgrade. Pay special attention to the skills you use regularly. Even if you don’t use the Monk, say, it’s worth levelling up his Holy Light ability.

This one goes without saying. Nobody Saves the World isn’t a serious game. So simply have fun, do what you want, and go where the flow takes you. You don’t have to complete dungeons or quests in any particular order, but just be careful not to wander into an area that’s a far higher level than you are. Make the most of exploring, experimenting with forms and builds, and simply enjoy your time with this wonderfully wacky game.

Click here to see more Nobody Saves the World guides 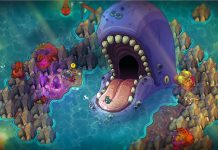 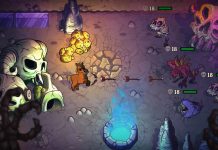