One of two games included in Uncharted: Legacy of Thieves Collection, launching this Friday on PS5 and later in the year on PC, The Lost Legacy is great for those who enjoy a bit of video game photography.

Of course, launching on PS4 back in 2017, many will already know that having already played through it and snapped many shots themselves. If you’re new to the video game photography malarkey though, or just haven’t played Uncharted: The Lost Legacy for some reason, then it’s well worth keeping in mind.

Unfortunately, the photo mode in Uncharted: The Lost Legacy needs to be enabled every time you play. It’s easy though, all you need to do is pause the game, then toggle the setting to on. From that point onwards, all you need to do to enter photo mode is press in both the left and right analogue sticks together, and you can even do it during story scenes.

There is a caveat to entering photo mode during a story scene, however; you won’t be able to manipulate the camera anywhere near as much as you can when entering photo mode during gameplay. Still, you can mess with things such as field of view and depth of field, and even the position of the sun. Other settings are available too, such as filters, frames, chromatic aberration, and even whether or not you want a logo.

Many of these settings are also available in Uncharted 4: A Thief’s End, which is the second game included in Uncharted: Legacy of Thieves Collection. What it doesn’t have, though, is one of our favourite photo mode features in Uncharted: The Last Legacy: the ability to change the protagonists facial expression. Don’t get us wrong, Chloe Frazer already has quite an expressive face, which makes taking photos a joy. But it’s nice to be able to make her pucker up for a kiss or look angry on command.

Want some examples of what can be achieved in Uncharted: The Lost Legacy‘s photo mode? Check out some of our favourite shots below, which might hopefully inspire you to take some of your own. 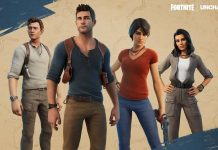 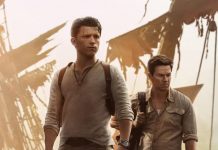 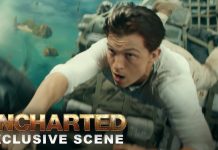